Few films have the pleasure of being considered genre defining. Halloween spawned a million rip-offs when it was released and made incredible sums of money after being made for only $325,000. Its world-wide box office was $70 million in 1978. Until The Blair Witch Project it was the best return (percentage wise) of any independent film. This film caused anybody that could scrape together a dime to direct horror films. This led to the golden heyday of cheesy horror films in the Eighties. I will always be thankful to Halloween for this, because I adore cheesy horror films from the Eighties. The score by Carpenter is synonymous with memories of the holiday. It would be impossible to enter any Party City in this country for a Halloween costume and avoid hearing the theme to the film before they play  “The Monster Mash.” The National Film archive inducted the film in 2006 for preservation, if that says anything about its significant cultural importance. It is preserved in the same registry as films like Citizen Kane and Star Wars.

The plot of the film is well known but I will briefly summarize it. On Halloween night, 1963, in Haddonfield, Indiana, a young Michael Myers kills his older sister with a butcher knife. Fifteen years later, a day before Halloween, Michael escapes from the asylum through a freak occurrence and steals a car. Michael’s psychologist Dr. Sam Loomis (Donald Pleasance) begins to try his best to warn the local authorities of the danger Michael poses while he tries to track him down. Michael comes home to Haddonfield and begins to stalk high-schooler Laurie Stode (Jamie Lee Curtis) while wearing his iconic mask. During Halloween night, Michael begins to claim victims out of Laurie’s group of friends while Laurie is babysitting in a nearby house. Eventually, she will be forced to defend herself and the children in her care from the masked psychopath stalking her.

If you have never seen Halloween, I think you should consider giving it a chance. The film has reached such classic status that it feels a bit cliche now, but that is because it was the progenitor of all those cliches. I personally think it is one of the most tightly written horror films ever made. The film has very little on-screen violence and is mainly a study in mood and sustained suspense. It is interesting to think that the horror films that followed would become more and more dependent on gore to deliver thrills when Carpenter had laid out a formula that could have been just as effective without gore to deliver the thrills. I will say that the film is not particularly scary to my jaded sensibilities, but after watching recent horror film It Follows, I have been pretty hard to scare.

When you take away the scares from a horror film, what are you left with? In the case of Halloween you are left with one of John Carpenter’s best crafted stories and that glorious score. The acting in the film is much better than standard horror films thanks to great performances by both Jamie Lee Curtis and Donald Pleasance. The film’s visual style is still appealing after all these years. In this case you are simply left with a classic film from one of the best maverick directors.

The primary reason to consider upgrading is that you can finally own Halloween in beautiful high dynamic range 4K ultra high definition. I am going to go on record and say that the upgrade is a tremendous leap. I have seen Halloween in every format known to man since VHS tape or television signals from TNT. This transfer blows away all the previous transfers that have come before. If you are torn as to whether or not it is worth the money to purchase this budget-priced UHD cash grab of a title, the only question you should ask is whether or not you are satisfied with the current visual presentation of the film which you own. This version will make those versions obsolete. It is beautiful and for myself was worth the purchase price.

If you enjoyed the Dolby True HD 7.1 track from the previous Blu-ray releases, it has come back again for this release. Personally, I think this track sounds great. Carpenter’s score is given plenty of room in the sound field to work its magic and I prefer this track to the original mono track which is also included for those that prefer it. I think that the small surround effects add a little bit to the film in terms of immersion in the action.

Halloween has been given the good old-fashioned cash grab treatment. There is no digital copy of the film included. The Blu-ray that is included is the 2007 version – not the 35th anniversary version with the supplements on the UHD disk. The audio has remained the same and the supplements are direct ports from the 35th Anniversary Edition. There is only one new aspect for this release: the visual presentation. As a huge fan of Carpenter, there was no way i would pass up on the opportunity to watch Halloween in UHD, but I had to deduct a half point from this release for intentionally short-changing the fans in other areas. For myself, this purchase was a no-brainer. If you consider yourself a fan of the film, this is easily the best it has ever looked. 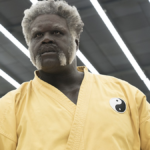 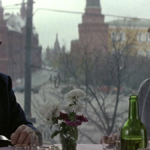