It’s amazing how time flies in the world of movies. Looking back, it’s been a decade since we were first introduced to the unforgettable characters of Hiccup and Toothless and now, here we are, with a third (and final?) installment in the How to Train Your Dragon trilogy. Animation, the genre as well as the technology, has come a long way in a short amount of time. But it was a film like the original How to Train Your Dragon that took it to a new level. We had broad, sweeping visuals as the character rode his trusty “steed” and it really brought the viewer into the film that much more. Gone are some of the familiar voices, but the magic lives on with How to Train Your Dragon: The Hidden World. Let’s dive in and see what’s new.

Hiccup (voiced by Jay Baruchel) and Toothless’s crew have led a raid in order to try and free captive dragons. Dragons and humans have maintained a peaceful rapport on Berk, but the island is running out of space. Thus, it’s susceptible to other Viking civilizations that angrily demand the once-captive dragons that Hiccup’s clan has stolen from them and freed. Threatened by an attack by the dragon-hunter Grimmel (voiced by F. Murray Abraham), Hiccup pursues “The Hidden World” — the place where all dragons come from — that his father told him about when he was still a young child. Grimmel uses a female white dragon, dubbed “Light Fury” by Astrid, as bait to try to capture Toothless, who’s the last known surviving Night Fury. After a night attack from Grimmel, who sets fire to much of the village, the Berkians leave their island behind and set forth for “The Hidden World.”

Watching The Hidden World made me appreciate how well-made these films are. Yes, I’m not the target audience for these movies, then again I’m not the target audience for most of the stuff I review.  And I’m ok with that. The characters seem a bit more “real” than those of a typical Pixar film, but if you can factor out the dragons and such, the message is pretty clear. If superhero movies and countless remakes and reboots aren’t your thing, this is one for the whole family.

A new to the format 4K disc will be just about the best picture quality any movie-lover could hope for. And it is. Colors are strikingly bold and very vibrant. One thing that really stuck out was the texture, particularly on the dragon. You can make out each scale. While the human faces seem devoid of such texture, the beard on Stoic is amazing in that you can make out each individual hair. This kind of detail lends itself to a stellar transfer and I wasn’t let down in the least. Couple that with the inclusion of the HDR and this 2.35:1 HEVC 4K transfer is the stuff dreams are made of.

The inclusion of a Dolby Atmos track really makes this track pop. The fire breathing dragons have an “oomph” associated with the hit (or miss) of the fireball and the destruction of the town in a few scenes is among some of the best audio I’ve heard. Dialogue is rich and robust. The score adds to the film as well and we do get the surrounds coming in for some added depth at several instances during the movie. The LFE are very active as well, especially at the end of the film with the final encounter with the dragons. 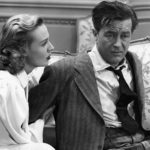 The Big Clock (Blu-ray)
Next Article 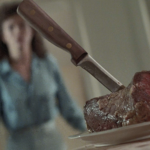