Ever since the inception of the computer-generated movie, it’s somewhat ignited (or re-ignited) the genre. Now the genre I’m referring to is traditional animation, of course as you can’t re-ignite something that never existed before. Pixar is obviously the front runner when it comes to these types of movies, but other studios like Dreamworks and Fox have hopped on board with their own films. Shrek is perhaps the most-well known “non” Pixar movie, but after seeing “How to Train Your Dragon” I think there might be some competition in that department. All of these films are targeted at children, naturally, but what makes them work is that there’s something in it for adults as well. This is what made the Harry Potter books and movies so successful – the audience is simply so vast and most anyone can find something that they can relate to. Nevertheless How to Train Your Dragon had both critical and commercial acclaim, raking in over $200 million at the box office.

On the Island of Berk they’ve got a problem – dragons. The townsfolk, under the leadership of Stoick (voiced by Gerard Butler), wage a seemingly never ending battle with the dragons as they attack the town. By the narrator’s own admission “the town is old, but all the buildings are new.” This is the way it’s been and it would seem that’s the way it’ll always be. Enter Hiccup (voiced by Jay Baruchel), son of Stoick and let’s just say that he’s got a ways to go physically, to look like the other Vikings in his town. Hiccup is your typical “nerd” for lack of a better word and he decides that he wants to follow in his father’s footsteps and become a dragon slayer. During a battle, Hiccup manages to cripple the most elusive of all the dragons, the Night Fury. Hiccup wants the credit for slaying the dragon, but when push comes to shove, can’t bring himself to do it. Instead the two form an unusual bond and through the dragon, Hiccup manages to learn more about dragons than the town has in the past several hundred years. Does the town even need to slay the dragons or will the knowledge garnered by Hiccup be enough to finally give the town the edge on the winged, fire-breathing foes?

How to Train Your Dragon has a very simple message: don’t judge a book by its cover. Still, the movie is well thought-out and presented in a way that’s both entertaining and endearing at the same time. The ensemble cast is fairly impressive as well with Gerard Butler, America Ferrera, Kristen Wiig, Jonah Hill and Christopher Mintz-Plasse to name just a few. Dreamworks has put together a good movie here and I’d be surprised if we didn’t see a sequel in the near future. One minor complaint that I had was that a majority of the adults in the film seem to speak with a thick Scottish accent (namely Gerard Butler and Craig Ferguson), while the rest of the cast has a decidedly American accent. I know not of how the Vikings spoke or if this is really even an issue, but it did seem somewhat inconsistent. Then again we’re dealing with a movie about dragons, which never existed, so maybe I need to get my priorities straight. This is animation at its finest and something that I’ll find myself watching again, I’m sure of it.

There’s an upgrade in picture quality here, I know there is. This 4K version does have the added benefit of HDR, but honestly if I walked in a room with the Blu-ray and 4K version playing side by side, it’d be hard to tell which is which. I compared the two side by side and really couldn’t find much, if anything, different from the two. The first edition got a perfect video score and that being said, the 2.39:1 AVC HD transfer remains perfect in every way. Colors are strikingly bold and very vibrant. One thing that really stuck out was the texture, particularly on the dragon. You can make out each scale. While the human faces seem devoid of such texture, the beard on Stoic is amazing in that you can make out each individual hair. This kind of detail lends itself to a stellar transfer and I wasn’t let down in the least.

The previously-released Blu-ray sounded pretty darn good, but with this 4K offering we get a new DTS X track. The fire breathing dragons have an “oomph” associated with the hit (or miss) of the fireball and the destruction of the town in a few scenes is among some of the best audio I’ve heard. Dialogue is rich and robust and if there was ever someone’s voice who was perfectly cast: Gerard Butler. The score adds to the film as well and we do get the surrounds coming in for some added depth at several instances during the movie. The LFE are very active as well, especially at the end of the film with the final encounter with the dragons.

This appears to be the same supplemental package that was included with the previously-released Blu-ray (most likely to promote How to Train Your Dragon 2).

I’d forgotten how good How to Train Your Dragon was and it’d been a while since I sat down and watched it. While this upgrade to 4K isn’t necessary, it’s nice to have this title sporting HDR and a new DTS X soundtrack. But if you have the old special edition Blu-ray (circa 2014), you should be fine with that. 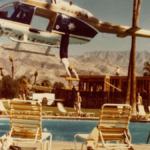 Man From Atlantis (Blu-ray)
Next Article 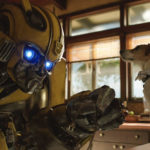