I saw the trailers for Love, Simon and they just didn’t cut it for me. I avoided the film in theaters and probably would’ve skipped it all together had I not been asked to review it. Well I’m glad I did decide to sit down and watch it as it was much better than I had anticipated. It’s not a modern classic, and it took me a while to warm up to it, but when I did, I was all in. It starts with our lead character narrating and give us the basic intro which is more than a little trite by now. I will go so far and say that I was close to wanting to tune out pretty early on. Thankfully, about a half hour or so into the film, it really came around for me and turned into something more. I’ll give more into it in the next paragraph, but there might be some that are quick to dismiss it such as I was, but do give it a chance and you just might enjoy it like I did.

We’re introduced to Simon Spencer (Nick Robinson) who is a High School student counting down the days till graduation. As his opening narration tells us: He is close with his family as they all get along, has three best friends: Emily, Leah and Abby, who’s a new student. Things are pretty ordinary in the life of Simon and Co., but the only thing is, Simon is gay. Simon begins communicating with another gay student via email. Simon goes by the pseudonym Jacques, while the other goes only by Blue. This is the start of a back and forth digital friendship that unfortunately gets discovered by another student named Martin (Logan Miller). He’s a classmate of Simon’s who blackmails him into helping him get closer to Abby as Martin as a crush on her. In exchange for helping Martin, he agrees not to tell anyone about Simon being gay. We then follow these characters on their journey and we pretty much know that at some point Simon’s sexuality will be revealed. I won’t reveal too many plot specifics, but the film knows when to quit the jokes and get serious. Sometimes tonal shifts in films of this sort can be awkward, but it works here, because it earns those moments. The film has its heart in the right place. Jennifer Garner and Josh Duhamel play Simon’s parents and there’s a particularly touching moment between Simon and his father late in the film that packs a punch. There’s also an effective scene where a High School student professes his love to a girl at a football game in front of several students. How she reacts is what sets this film apart from most in its class.

From a performance standpoint, Nick Robinson is perfect as our title character. I like how the film doesn’t try to make us side with him despite his sexuality. He is a likeable character, but it plays a lot of moments right as he does certain things that could potentially push his friends away. His reasons might be justified, but the consequences of his actions are treated accurately. It’s because of things like this that I’m recommending the film. It’s better than it has to be and better than most of these films usually are. The flaws are there as some stuff it can’t avoid. The vice principal character is overdone and not entirely accurate; I just don’t see his actions as realistic. There are some other things to nitpick, but the film gets so much right. I also liked the message of inclusion and being yourself, all while not feeling heavy-handed. Check this one out.

With Atlanta being the setting, there are a lot of nice visuals at the film’s disposal here. It’s not a film to show off your system, but it’s presented here in 4K beautifully. Whether you want to shell out the cash for the 4K disc or the regular Blu-Ray is up to you, but I’m quite pleased with the results here. Interior and exterior shots display strong details and the print has the flawless look I’ve come to expect. The image is HEVC encoded with a 2.39:1 ratio.

The DTS HD track is a good one as well. There are many musical moments in the film, busy scenes in the High school halls and cafeteria as well. Vocals have the clarity we can expect as well. There’s strong range throughout, with background banter coming through. This track compliments the film nicely.

I was close to dismissing the film, but it really came around and grew on me. It gets a lot right and knows when to be serious. I enjoy that aspect as it doesn’t try to throw endless jokes at us in fear we will lose interest. While I can’t identify with the main character with his central conflict, I found a lot I could relate to in the film. Despite a few missteps, the film is well worth checking out and the central performance is great. Recommended. 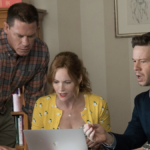 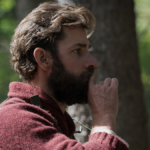