My eyes couldn’t have rolled further back in my head when I received Mary Queen of Scots. I’d not heard of the film, but part of doing this “job” is taking the good with the bad. And I’m guilty of judging a book by its cover. I’d offered this to my review staff, who didn’t seem too interested so I said to myself “Ok, I’m just going to sit down and watch this.” And so I did. More on that below. But I do want to take this opportunity to talk about Saoirse Ronan. Good lord, what a talented actress. I’ve enjoyed some of her recent films like Lady Bird and Brooklyn immensely. If you’ve not had the chance, do check them out. Couple that with Margot Robbie who I loved in The Wolf of Wall Street and, well, you’ve got something pretty special with Mary Queen of Scots.

Mary Stuart (Saoirse Ronan) has returned to Scotland after the death of her first husband, King Francis II of France. Facing pressure to conceive an heir, Mary poses a threat to England’s throne since if and when she produces said heir, she could claim the throne should she produce a male. Elizabeth I (Margot Robbie), the so-called “virgin queen”, also happens to be Mary’s cousin. She tries to appease the volatile division between her own Protestantism and the Catholics. John Knox (David Tenant), an Protestant leader and zealot, has no interest in living in a world where a Catholic is calling the shots. Knox schemes to usurp Mary’s authority by exploiting her enemies, namely her weak-willed husband Lord Darnley (Jack Lowden), advisor (Ian Hart) and her brother James (James McArdlel). At the same time we see Elizabeth strategize with her advisors (Guy Pearce and Adrian Lester) to secure England’s rule under a Protestant.

Who said life was easier in the past? Truthfully, this is fairly historically accurate. And we know Mary’s fate since it’s the first scene in the film, but for those that only have a passing curiosity and don’t know what happened – I will not spoil that here. I had no knowledge of the connection between Elizabeth I and Mary Queen of Scots. Truthfully, I only recognized Elizabeth I since I’ve seen both Elizabeth and Elizabeth: The Golden Age with Cate Blanchett (I’m sure historically astute viewers have seen both). Even, admittedly, something a “boring” as English history can become interesting if you’ve got the right talent involved. And when two of the most popular and talented actress like Saoirse Ronan and Margot Robbie sign on for a project – it’s worth a look.

Having been to Scotland, I can say that the portion I visited wasn’t exactly the most picturesque place on the planet. If fact, it was downright dreadful. But the locales used for this film are simply stunning. Sweeping, breathtaking visuals of windswept cliffs, the Scottish countryside glows in all its glory. There are several indoor scenes with beams of light coming in through the windows that accentuate the scene. Detail, a double-edged sword here, is stunning as well. Margot Robbie’s pock-marked face (in makeup, of course, she herself is beautiful), the red mane of Saoirse Ronan’s hair – it all looks great. Universal’s 2.39:1 HEVC 4K image is the cream of the crop. It’s a beautiful film.

The Dolby Atmos soundtrack featured on the 4K disc surprised me. Then again, I wasn’t sure what to expect. Max Richter’s amazing score manages to channel the energy and realism of the events going on in a way that heightened my viewing experience. A few of the battle scenes sounded much better than I’d thought as well. Vocals are sharp and concise. There’s even an explosion (yes, really) that managed to raise an eyebrow with me. Never let it be said that historical epics can’t sound as good as a superhero film.

I went into the film wanting to not like it. I’m not much on history, but I do like to try and expand my horizons (if only a little). While Mary Queen of Scots didn’t exactly blow me away, it was much better than I thought it would be. Universal’s disc offers superb picture and sound and some great performances from Saoirse Ronan and Margot Robbie. For fans of the genre, this one is a no-brainer. 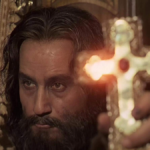 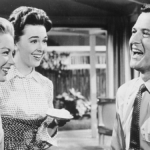