Aren’t vacations fun? Walking along a beach with the sand in your feet, basking in the glow of the sun without a care in the world. Also wouldn’t it be great if you could age two years in an hour? That’s the premise behind M. Night Shyamalan’s Old. Shyamalan, of course, made a name for himself back in the late 90’s with his breakthrough film The Sixth Sense. Since then he’s had a string of some hits, but mainly misses. It’s only with his recent offerings like Glass and Split that his stock has once again started to rise. Shyamalan took inspiration from the graphic novel Sandcastle for his newest work and it, well, seemed to put him back in familiar territory.

A vacationing family has just landed at a luxury resort. It’s meant to be fun, but parents Guy (Gael Garcia Bernal) and Prisca (Vicky Kreips) are on the brink of separating. Their attempt is to give their children, Trent (Nolan River) and Maddox (Alexa Swinton) one last trip before this happens. The resort manager arranges for the family to escape to a secret beach, one that’s “only recommended for special guests.” They go along with a physician, Charles (Rufus Sewell), his much younger wife, Chrystal (Abbey Lee) and a few others. It’s not long after that everyone realizes that there’s something special (and not in a good way) about this beach. The children turn into teenagers seemingly in a few hours and are now played by Alex Wolff and Thomasin McKenzie. The older folks are showing signs of rapid aging. There’s no apparent way off the beach and they must figure out what’s going on before their time is (literally) up.

Before I forget, I’d be remiss if I didn’t mention that this film has perhaps the best character name in film: Mid-Sized Sedan (Aaron Pierre). Granted, yes, he plays a rapper, but still…I chuckle just thinking of it. Old isn’t my favorite of Shyamalan, but it’s up there. I enjoyed it. I still have to give the crown to Lady in the Water. That’s one I still watch at least once a year and something about it always pulls me in. The cast is competent and good in their roles, though it’s Wolff and McKenzie who really get the most screen time and have the most interesting arc’s. Fan’s of Shyamalan or Sandcastle will certainly want to check this one out. It’s certainly an indication that Shyamalan still has “it.”

I’ve reviewed a lot of films lately that seem to be dull and downtrodden. These seem to be virtually void of any color. That’s not the case with Old. The included 4K HEVC image simply sparkles on the beach with bright blue skies, aqua water and everything in between. Of note, this is the first time Shyamalan has shot on film since The Last Airbender. And it shows. It seems to embrace the 4K format quite well. All the usual caveats are in place with amazingly sharp detail (perfect when you see those age lines), HDR and strong colors and contrast. There’s a somewhat claustrophobic feel to the film as Shyamalan shot the film in a way where he panned the beach so the actors never really knew when they were in frame. It’s an interesting approach and one that works particularly well. The included Blu-ray doesn’t exactly look bad either, though given the choice it’s clear (pardon the pun) which one to go for.

The Dolby Atmos track doesn’t have a lot of times to shine, though it’s nice to have an Atmos track regardless. There’s the obligatory crashing of the waves and later on an underwater sequence but this, like most of his films, are very heavy on dialogue. LFE get a few moments as well though I found that most of the action takes place in the front stage. Still, strong vocals persist which serves their purpose.

The problem M. Night Shyamalan has always had (since The Sixth Sense) is that it’ll be hard to ever live the success of that one down. Everything will (and has) paled in comparison. He’s clearly a very talented writer and director and, to his credit, Old is one that I’ve enjoyed much more than some of his other efforts. It’s an interesting premise, to be sure. Universal’s disc, as expected, pulls no punches with amazing A/V and enough supplements to warrant a purchase. 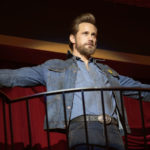 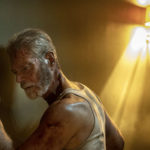