A few years ago I’d received a disc of a movie that I haven’t heard of. Bear in mind I really don’t go to movies in theaters anymore since, well, I don’t really like to associate with the folks in the audience. Yes, it’s an elitist attitude that’s a direct result of getting movies for free and watching them in the comfort of my own home. Back to my story…it was called Pacific Rim. Ok, maybe I’d heard of it, but only in passing.  However, after seeing the director was Guillermo del Toro, I decided to give it a chance. And, as it turns out, I was strangely impressed. That’s what happens when you judge a movie by its cover (poster?). Big robots fighting aliens? Uh huh. Well, as it turns out most others liked the film too and it must have turned a profit, because now five years later we’ve got a sequel – albeit without the Academy Award winning Guillermo del Toro behind the camera. Can lighting strike twice? Let’s find out.

I’ll go on the assumption that if you’re reading this review, that Pacific Rim is something you’ve seen. If not, there may be small spoilers in this section – proceed at your own risk.  We meet Jake Pentecost (John Boyega), the son of Stacker Pentecost (Idris Elba) from the first film. After getting caught stealing a Jaeger parts, he’s presented with a choice: go to jail or help train a crew of up and coming/eager pilots. Quite obviously, he chooses the latter, else we’d have no movie. He brings with him Amara (Cailee Spaeny), a teen who manages to build her own Jaegers out of scraps. Suffice it to say that this all leads someplace and the world is now faced with more Kaiju (giant alien beings) unleashed to finish what they weren’t able to do the last time.

There’s a definite downshift in quality with this film as compared to the first and director Steven S. DeKnight does what he can with the material. And I’d wager to say that we’ve (the audience) have become somewhat desensitized to giant robots fighting one another after…I lose count…Transformers movies. Thankfully those are over, though I suppose the spinoffs will start rolling in. As is the case with so many action movies and films that are sequels to boot, the classic mistake is made trying to take what worked from the first one and giving the audience more the second time around. It works, to an extent. And that’s the thing: this isn’t a bad movie, per se, but it just lacks the action and, dare I say it, charm, from the first one. The plot is formulaic and predictable, though I will say that the ending is worth the wait. You’ll know what to expect when you pop this disc in the player – Universal is counting on that.

Shifting gears to the visuals, well, this is one that’s tailor made for the 4K format. It’s a new, big budget studio film and everything about it is just waiting to be unleashed on your xx inch 4K TV. And it does look pretty darn good. The detail in some of the robots’ exteriors is unparalleled, the colors are bright, bold and benefit from the HDR giving this a very rich color palette. Contrast is spot on as well. There’s really nothing I can say that will change my view of the film itself, but I have to say that this is one amazing-looking movie on your screen. Put it this way, I rarely recommend the 4K version over the standard Blu-ray, but this is one in which I make an exception.

There’s no denying that the movie looks good, but the other half of the technical aspects deserve their fair share of attention as well. The included Dolby Atmos soundtrack pulls no punches. Yes, it’s really that good. This is one of those, like Saving Private Ryan or one of the Transformers movies, that you just turn it up, sit back and let those Atmos-certified speakers do their thing. I can go and list how amazing the atmospheric mix sounds or how vocals have an almost God-like quality to them, but just trust me when I say that this is easily one of the better sound mixes you’ll hear.

It falls short of its predecessor from a plot standpoint, but we pretty much figured that it would once del Toro’s name wasn’t listed as director (and even if he did direct it, I doubt it would be as entertaining and fresh as the first). Universal’s disc offers top notch audio and visuals as well as a decent selection of extras. 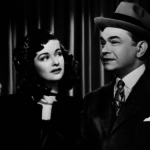 The Woman in the Window (Blu-ray)
Next Article 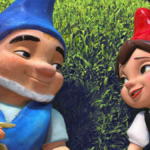