Through some unusual circumstances, scientists are able to detail the alien DNA patterns and meld them into the patterns of a human. As the test subject grows and matures it is watched under the careful eye of the creators, as well as held under strict and cutting edge security devices. It is not known to what extent the subject, named Sil is gifted or changed but the fear of danger keeps her under lock and key. One aspect of her change is well documented though as Sil can change form and what a difference it is. In her human form Sil is a blonde female with breathtaking good looks, but when he transforms she is an armored and lethal killing machine. Despite her power and armored exterior she is never able to escape…until now. Sil manages to break loose from her holding area and heads right for the streets with one thing on her mind, sex. As he goes on a mating rampage a team is assembled to stop her before she is able to give birth. With time running out and Sil looking for love, can this rogue team fend her off and ensure the safety of mankind?

This movie serves me well on two fronts to truthful, I love science fiction and I love aliens. The two often merge often, but usually the results are cheese or nice guy aliens. The alien in this movie is an ass kicking female and that makes it twice as cool, if you ask me. Come on now, how many of you don’t want to see a half naked Natasha Henstridge stalking clueless victims? This might seem like the core of a bad movie, but this one has a nice storyline and a tremendous supporting cast to make it turns out well. As if all that isn’t enough this movie is loaded with effective special effects and awesome blood and guts death sequences, which I happen to love. Call me barbaric if you will, but I know what I like. I’m sure I could nitpick and find some stuff that sucks or is too fake or whatever, but why waste my time? I mean if you don’t like this type of movie why would you read this review, ya know? Anyway, this disc isn’t much other than the movie so maybe a rental would be best for some, although I know I would want to own this one. This isn’t rocket science but it does make for a fun and thrilling ride.

Roger Donaldson directed this movie and I feel he has done a solid turn behind the camera here. With a movie like this atmosphere is vital to the film’s effectiveness and Donaldson always places the camera in the right spots. I also love the production design for this film, which I am sure he also had somewhat of a hand in. This might be a science fiction movie but Donaldson managed to pull some excellent performances from his actors, which gives the film a more realistic edge. While many will remember the special effects or creature creations after they’ve seen this movie, I know I will remember some of the fantastic shots used. Donaldson also directed such movies as The Getaway, Cocktail, White Sands, Cadillac Man, and Dante’s Peak. Without an effective female lead to play the role of Sil this movie would have blown, but Natasha Henstridge (Caracara, The Whole Nine Yards) seems to fit the part perfectly. Her stunning good looks combine with her solid acting skills to make this character seem very real and dangerous. The impressive supporting cast includes Michael Madsen (Supreme Sanction, Species II), Alfred Molina (The Impostors, Magnolia), Forest Whitaker (Ready To Wear, Battlefield Earth), and Ben Kingsley (Dave, Rules Of Engagement).

There’s one difference between this version and the special edition Blu-ray that was released in 2017 and that’s the addition of a 4K disc. The visuals look more refined this time around, so subtle detail has more depth and clarity. Not to the same extent as elite reference transfers, but this movie looks quite impressive here. No problems with colors either, as hues come across in bold and vivid fashion. I found contrast to be up to snuff also, with rich black levels and no softness I could detect. Species does benefit from the higher resolution of 4K, but it’s not quite the night and day difference we’d expect.

The audio on the original disc was impressive back then, but now, the audio seems confined and not as explosive. In an effort to compensate, a new DTS surround option has been given to us. The result is about the same, though the DTS option does add a little to the experience. Perhaps I am spoiled by how damn good new releases sound, as I wasn’t that impressed here. As always, what was incredible a few years back can sound timid now and that is the case here. The audio packs a punch and fulfills the needs of the material, but lacks the intense kick and fire we’re used to. I don’t want to confuse people, as both soundtracks are more than solid, I just expected more. This disc also includes Spanish and French language tracks, as well as subtitles in English, Spanish, and French.

There are no supplements on this disc.

Species is a campy, classic horror movie that’s been done time and again since its release. It wasn’t the first in its genre and it won’t be the last. It’s fun to watch, but time hasn’t been that kind. I found myself enjoying parts of it (namely gawking at Natasha Henstridge and her near perfect figure), but admittedly this has been done right by Scream! Factory. This is literally the same set that’s been out for over 5 years with the addition of a 4K disc. So if you’ve been clamoring for this movie in 4K – your wait is over. 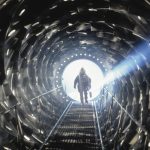 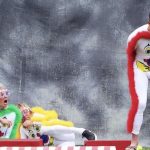