There are some movies that when I see once I’ll say to myself “I’ll probably never watch that again.” And then there are those that I know I’ll watch again. And then, well there are those that I watch and revisit a few years later. Upon first viewing Step Brothers, I had a few laughs. But it wasn’t until my subsequent viewings that I really started to gain some appreciation and respect for this comedic gem. I’d been a fan of Will Ferrell and writer/director Adam McKay who had previously combined on Anchorman and Talladega Nights just a few years prior. I don’t know why it didn’t click with me on my first viewing, but I now consider Step Brothers one of my favorite comedies in recent memory. So let us dive into the immature, now decade old comedy that could (and should) have you chuckling.

Brennan Huff (Will Ferrell) is a 40 year-old man child who spends his days playing video games and watching far too much television. His mother (Mary Steenburgen) meets Dr. Doback (Richard Jenkins) at a conference, the two fall in love and are soon married. He’s got a 39 year old man child of his own and it’s not long that all four are living under the same roof. There’s some natural animosity between Brennan and Dale (John C. Reilly), but it’s short-lived when the two bond over their mutual hatred for Brennan’s overachieving, arrogant brother Derek (Adam Scott). Derek, along with his unhappy and unsatisfied wife (Kathryn Hahn) are seemingly perfect, but her fondness for Dale gives her a new outlook on life. When the parents decide to head out to sail around the world, Dale and Brennan must finally accept some responsibility of their own and face the world. But, can they do it?

Truthfully, there’s a lot more to the movie than the plot above. It could best be described as “boy meets girl”, “sons meet and don’t like one another”, “boys then like one another.” The End. There’s no denying the comedic talent in this film, even the parental roles are handled with relative ease. But it’s Ferrell and Reilly who really steal the show and most every scene they’re in. If films like Anchorman, The 40-Year Old Virgin, Forgetting Sarah Marshall or Role Models tickle your fancy, then Step Brothers is and should be right up your alley. There’s not a weak performance in the bunch and, thankfully, the movie doesn’t take itself too seriously. Or maybe just seriously enough? Nevertheless, it’s one that I now rank among my favorite comedies.

Admittedly, Step Brothers is an odd choice to come to the 4K format, but this reviewer isn’t complaining. After watching bits and pieces of the Blu-ray, I found the Ultra HD version to be a bit on the “less cooked”side. Colors seem more even and toned down, giving the film a more refined look. Granted, like all 4K films, it’s not a night and day difference between the two, but there is a noticeable difference between the two. The 2.40:1 HEVC 4K image benefits from additional detail, color depth and better all around dynamic range. I do have to say, however, that seeing this movie in 4K isn’t necessary to enjoy it.

Another surprise was the addition of a Dolby Atmos track. Comedies, by and large, aren’t really films that need to utilize the robustness of a next generation audio track. Granted, the film does sound better with this Atmos track, but I found the vocals to be sharp, clear and concise. Surrounds are used often and add some depth to some of the scenes. There’s not a lot else to say other than the movie is elevated to a higher level on a technical scale, but the Atmos track is a bit wasted here.

This three disc set is essentially the same as the two-disc Blu-ray that’s been out for years. The 4K disc contains both the unrated and theatrical cuts of the film with all the supplements residing on the Blu-ray’s.

This is a quintessential “the more I see it, the more I love it” movie. Yes, there are better Will Ferrell movies (Anchorman), better Reilly movies (Walk Hard) and there are better Adam McKay movies (The Big Short, Vice). But there’s a palpable chemistry between Ferrell and Reilly, one that was first realized in Talladega Nights. While the 4K looks and sounds better than the Blu-ray, it’s not necessary for an optimum viewing experience. But it doesn’t hurt. 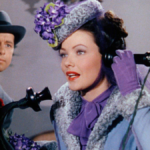 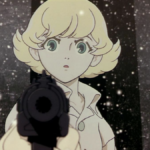