I’ve always been fascinated with the concept of “What if…”. There are universal constants in our lives that we can’t change, but we have to wonder what if…That’s the foundation of what DC did back in 2003 when they came up with their Elseworlds series. The title, Superman: Red Son. And it begged the question that what if Kal-El (Superman) crash landed on a farm in the Ukraine instead of Smallville, Kansas. And it’s a fascinating concept. Mark Millar and artist Dave Johnson were a great team to tackle this project and though I’ve yet to read the novel, it’s on my short list. It’s this sort of thing that really gets me going. What if we were born to a different family on the other side of the world? How different would our lives be? Granted, none of us are Superman, but this one spins a tale that’s both interesting and intriguing.

Kal-El (voiced by Jason Isaacs) has landed on a Ukrainian farm in 1938. It’s in the midst of World War II and he’s raised under a communist regime. Early on, he discovers that he has powers and becomes the face of the Communist party. With that, there’s focus on the United States. Lex Luthor (voiced by Diedrich Bader) is the last hope of the Government and must come up with something to compete against this force. In this world he’s married to Lois Lane (voiced by Amy Acker). Working in secret, he manages to create a rival though the results aren’t exactly impressive. There’s also Wonder Woman (voiced by Vanessa Marshall), a lesbian in this universe as well as a raging Batman (voiced by Roger Craig Smith). Truthfully, none of this is really important. We know the general gist of what’s going on and we know the characters. It’s how they react in this different universe that’s more appealing.

At a scant 83 minutes, Superman: Red Son is just the right length for this kind of presentation. It works on a few levels and is considered one of the better adaptations of a graphic novel. There have been a lot of complains about the movie’s ending, which I obviously won’t go into here, but it does differ from that of the source material. While alternate universes are nearly to the point of being cliche, this one manages to shine some new (red) light on things. My biggest obstacle was having to not be weirded out when I hear Superman talk like a Russian. We’re all used to him saying things like “Gosh Lois, I don’t know about that.” It’s nitpicking, I know, but it’s also a fun way to spend an hour and a half.

This is the first DC animated film that I’ve watched, so I had no idea what to expect. Looking at the cover art, I was pretty impressed. But I should have stopped there. This has a very unique, yet “flat” look to it that left me pretty unimpressed. If you’ve ever seen an anime movie, that’s what this reminded me of. The characters all have little or no definition in their faces, the backgrounds are colorless blobs and it just looks…cheap. That’s not a fault of the transfer, of course. The 4K version does have a little more depth and detail than the Blu-ray, so if there’s a choice to be made – go for the 4K. I had no idea what to expect going in and after looking at some of the pages from the 2003 graphic novel that served as the inspiration for this, it’s a shame they didn’t utilize the same style they did there.

Both the 4K and the Blu-ray share the same DTS HD Master Audio sound mix. Honestly, I wasn’t that impressed. But I don’t think we were supposed to be. The vocals are sharp and crisp. I was trying to figure out which character Diedrich Bader voiced (it’s Lex Luthor in case anyone was wondering). Surrounds are used, though sparingly. Even in the fight scenes, I felt that this was a bit on the thin side. By no means is it bad, but I’ve heard animated films that sound as good or better than some live-action movies. In any regard, it’s a good and passable effort.

I’m not really a fan of the DC universe. But there’s something about Superman that I (and everyone) know and love. And I’m a big fan of “What if…” in pretty much anything. Superman: Red Son is intriguing, to be sure. If anything it inspired me to go out and read the original graphic novel. And this is one of the better DC animated adaptations. 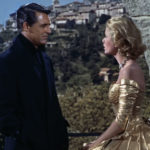 To Catch a Thief: Paramount Presents (Blu-ray)
Next Article 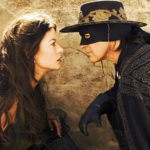