While I find the original Predator very entertaining and a solid action flick, I don’t hold it in quite as high regard as many. With that being said, whenever a new chapter comes along, I take it for what it is. I always hope to be entertained, but many of the subsequent chapters have done little to keep me involved. Even the Alien Vs Predator films are really just silly excuses to merge two franchises into one. When I heard there was a new film coming out with Shane Black directing, I thought it might be a fresh take on things, and could be fun. Black isn’t one of my favorite directors, but his light touch might be a welcome change for these films. Released this past fall, the film was a box office disappointment, failing to click with audiences and critics. I, however, was pleasantly surprised by how much I enjoyed it. I don’t view it as a modern classic, but it’s simply a fun ride that delivers good, old fashioned R-rated action. It only helps that it doesn’t take itself too seriously. Let’s take a look at what to expect.

A Predator ship crash-lands on earth and an army team, led by sniper Quinn McKenna (Boyd Holbrook) is called in to help control things. Quinn’s son, Rory (Jacob Tremblay) opens a package his father sends home and it accidentally sends a signal back to the predator’s planet and this instigates a huge battle. There’s the usual scenes of Government officials questioning Quinn on what he saw, and some of the banter grows a little tiresome. Actually, the character of Quinn got quite irritating at times. It’s the team that’s assembled to help him stop the predator that help make this outing more amusing than one might expect. Olivia Munn plays Dr. Casey Bracket who eventually assists Quinn and his crew. There’s also Thomas Jane as Baxley, he’s a vet who suffers from PTSD and the film has a bit of fun with his character. There’s a lot of joking with characters who suffer from autism and Tourette syndrome which might bother some, but I think it’s ok since the characters are in on the joke. The first appearance of the predator is also frightening as well. It’s a good reveal and I liked the look of it as well. The plot moves along nicely, giving enough attention to our characters and enough action to keep us with it.

After this one didn’t fare too well, I’m not sure where this series will go from here. I do know that I was pleasantly entertained by this film. It surprised me by just how much fun it was. It had a throwback vibe to it that was refreshing. I was reminded a bit of Terminator Genisys by how much I enjoyed it. It makes the old feel new again, but with a modern twist. Turn off your brain and any preconceived notions you might have and just enjoy the ride. It’s a lot of fun.

All of the Predator films have a very unique look to them, namely due to the “infrared” way in which the predator sees its prey. There’s a bit of a retro thing going on here, but Fox’s 4K picture does indeed look the part. This has a futuristic and sleek visual style to it. The image appears more streamlined than its predecessors. It’s a darker-themed film as well, but the 2.39:1 HEVC 4K image never suffers. My only complaint was a bit of softness in a few of the exterior shots, but apart from that all the usual caveats are in place: detail is tack sharp, contrast is strong and the HDR gives the 4K version a bit of a leg up on its Blu-ray counterpart.

Here’s where the disc really shines, though it always confuses me why you have to get the 4K version to get the Dolby Atmos track. The Blu-ray is stuck with a lesser, although nearly equally-impressive, DTS HD Master Audio mix. There’s a depth and dimension to the Atmos mix that does set it apart from the Blu-ray. Both feature strong, sharp vocals, immersive and directional sound effects that emanate from every channel in your setup. It’s just that little extra “oomph” on the Atmos that makes me favor it. Still, regardless of which version you ultimately choose – you really can’t miss. I just hate to see fans get the short end of the stick if they don’t opt for the premium  offering.

The Predator doesn’t ask much of its audience, asking us to turn off our brain for a couple hours and just have a good time. I did just that. The film was a lot of fun and has a handful of colorful characters that also adds a good bit of humor to the proceedings. The action is appropriately gory and well-staged and the pacing is fast that we don’t stop for too long to overthink it. Check it out. 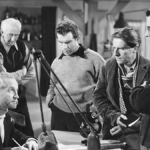 The Thing From Another World (Blu-ray)
Next Article 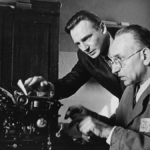