Who knew that in 2003 when little-known author Stephenie Meyer penned the book Forks, it’d become something so much more. The “Vampire” genre has been around for centuries. Even back in the early days of film, we had movies like Nosferatu and Dracula. Over a century later, we’re still obsessed with the blood sucking, coffin-sleeping creatures that transcend life (and death). Meyer’s novel, Twilight (as it was known after her publisher encouraged the change from Forks), wouldn’t tread any new ground. Rather it was a teen novel that was set to fill the gap after franchises like Harry Potter were on their way out. A decade, and five films, later it’s clear that whatever void needed filling had been done. Set in the bland Pacific Northwest, the novels focused on the romance and relationship between Bella (Kristen Stewart) and Edward (Robert Pattinson). This is their story and this is how it all began.

Bella (Kristen Stewart) has just moved from the flats of Arizona to the dank and dismal Pacific Northwest (Forks, Washington to be exact). Her father (Billy Burke) is the local sheriff and isn’t quite sure what to do with his teenage daughter. Bella wants to be left alone and fit. It’s when she sees the Cullens for the first time that changes her perception of her new locale. In particular, Edward (Robert Pattinson). And he’s developed somewhat of a crush on her too. Unbeknownst to Bella, the Cullens are vampires. This would account for their pale skin and why they never eat. We follow Bella as she gets to know Edward and attempts to have a relationship with him. After he saves her life, Bella starts to figure out there’s more to Edward (and all the Cullens) than meets the eye. Is true happiness with Edward a reality or is a teenager dating a vampire something that’s just not meant to be?

Twilight is most certainly not for everyone. Currently there are four books in the series and after making megastars out of Pattinson and Stewart, the second book is already being made into a film. Ironically, star Robert Pattinson had a part in Harry Potter and the Goblet of Fire playing the ill-fated Cedric Diggory. On a personal note, I do like movies about vampires, mainly because they’re so diverse. Recently I watched a Swedish film by the title ‘Let the Right One In’ and it’s amazing how different that movie is from this one yet the genre is the same. Twilight is as close to a phenomenon as they come, yet I don’t think it’s quite the same thing as the Harry Potter books. But as time has shown, this was only the beginning of what was to come. For better or worse.

We’ve seen, pardon the pun, Twilight on a few formats and incarnations over the last decade. This makes the leap to the 4K format, sporting a new transfer and HDR/Dolby Vision. The film is set in the Pacific Northwest which isn’t exactly known for an abundance of color. Couple this with the fact that it’s a movie about vampires and, well, it’s not exactly a ray of sunshine. The de-saturated look and feel of the movie was to be expected. A majority of the book and movie constantly refer to the grey clouds and dreary weather. There are a few moments that have some color but, by and large, this transfer is dark and the CGI effects aren’t exactly top notch. I found the image to be a bit sharper, have some more on the darker end of the spectrum, but not a night and day difference from the Blu-ray versions we’ve seen. It’s an improvement, to be sure, but unless you’re building your 4K collection and feel this should be a part of it, otherwise stick with what you’ve got.

A new Dolby Atmos mix replaces the already robust DTS HD Master Audio mix found on the Blu-ray. A majority of the movie is very dialogue-driven and there are only a few instances in which the uncompressed track really stands out. I’m reminded of the baseball scene when the crack of the thunder is dampened by the sound of a baseball being hit. That and the ending fight scene between the vampires does sound pretty impressive. There seem to be a few scenes that really benefit from this new mix, but like the audio – it’s really not worth upgrading for 5% of the film.

The majority of the features we’ve seen on previous editions are present here along with a new one. And a lot of these are found on the 4K disc, a trend I would like to see continue.

Twilight had its moment in the spotlight and, for better or worse, the films have run their course. I wasn’t a fan of anything other than the original, but this new 4K does bring enhanced audio and video as well as one new feature. If you don’t already own one of the myriad versions of this movie and want the “best” one out there, look no further. 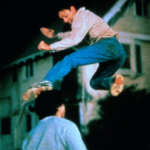 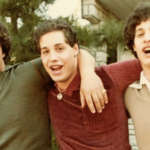