V for Vendetta was immediately compared to Sin City. And after viewing it, I can say that the two don’t really share a lot in common except for the fact that they are and will continue to be cult hits (forgive the run-on sentence)! Comparing the two is apples and oranges, of course, but I will say that V for Vendetta did something that not a lot of movies do it inspired me. Yes, that’s right it actually managed to put a little twinkle in my eye. Something about going against the current and standing up for your beliefs (regardless of how you do it) always manages to move me and though I didn’t shed a tear, I was rooting for “V” from beginning to end. V for Vendetta is based off of the popular comic book series “Vertigo” and going back about twenty years when I used to read comics, I remember “Vertigo” being a very outlandish, artistic side of DC comics. Naturally, a big draw of the film is that it was written by Andy and Larry Wachowski (note, they are now Lily and Lana, if that matters) who wrote a certain Matrix trilogy. Heard of it? If anything screamed “cult classic” it’s these two names. However all of this is window-dressing if you don’t have the talent and the direction to pull it off and V for Vendetta has everything and a bit more.

It’s the future and a mysterious plague has enveloped the Earth. Evidently the United States is now all but a leper colony and England has once again risen to a world power. London is the center of all goings on and, in somewhat of a police state, the chancellor (John Hurt) rules with an iron fist. It’s then that we meet “V” (Hugo Weaving), a masked man who wishes to reinstate the patriotic attitude that England had before everything changed. The date is November 5, a symbol of a revolutionary time. “V” makes his mark as he blows up landmarks and takes control of the TV station where he broadcasts his demands. Ending up in the middle of everything is Evey (Natalie Portman). “V” has saved her from being raped just in time for her to witness the spectacle first hand. She reluctantly becomes involved with “V” as his partner-in-crime as he waits until his work is finally finished. Naturally we learn some of the backstory as to what drove “V” to do this sort of thing and he goes on somewhat of a killing spree to avenge what was done to him. Will “V” prevail or will he become a martyr for his beliefs?

V for Vendetta thrilled me and even behind a mask, we sense the charisma of Hugo Weaving. I was reminded of The Professional also starring Natalie Portman, in which she was tutored by a lone assassin (Jean Reno) the movie has the same overall theme in which they must hide in isolation to avoid being hunted and killed by the powers that be. I also have to say that I was pretty impressed by the work of Natalie Portman who sported what I thought was a perfect British accent. Portman has shown that she can do major studio blockbusters (“Star Wars”) as well as independent films. This might sound like a long shot, but I wouldn’t be surprised if she got an Oscar nomination for her role here. “V for Vendetta” won’t be for everyone, cult movies rarely are, but take it with a grain of salt and enjoy the ride. I did.

This is one of those films that I watched when I first received it on DVD (and later HD DVD and Blu-ray) and haven’t watched since. And it’s difficult to believe that it’s been a decade and a half since I sat down to view it. But it was worth the wait. Warner has graced us with a brand new 4K image that leaves the previous ones in the dust. All the usual caveats are included here with the addition of HDR, improved detail and clarity and a deeper, darker color palette. Despite the film’s age, I still consider this a “new” movie and, as such, there wasn’t a definitive “need” for this to be released on 4K, but I’m glad we’ve got it. It looks grand.

Perhaps more impressive than the way the movie looks is the addition of a new Dolby Atmos soundtrack. It brings things up a notch. Everything seems more rich and well-defined here and especially the classical music that takes over in a few scenes. Dialogue is true and faithful and there was so much ambiance during most of the movie, I don’t think that my surrounds stopped working during the entire film. Vocals are sharp and crisp, surrounds and atmospheric effects abound. This is what it’s all about.

Unlike a lot of 4K released, there are some new features added (to the 4K disc). The included Blu-ray is identical to the previously-released edition.

I’d forgotten how much I enjoyed this film and I can remember watching it like it was yesterday. It’s a testament to some great source material, good acting and fine direction. Warner’s 4K disc ups the ante with improved picture and video as well as a few new features. Anyone looking for an upgrade won’t be disappointed. 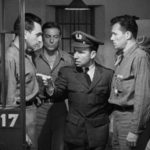 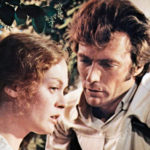