Do you ever wonder what happens to actors when they’ve past their prime? They’re no longer “leading man” material and I always assumed they spent most of their time in their mansions in the Hollywood Hills. Or maybe that’s what they did a few decades ago. The “streaming” revolution has paved the way for any number of actors either in their prime or past it, to once again reclaim the spotlight. And it also gives filmmakers like Joe Begos a chance to put four “tough guy” actors in a movie like this. Think Last Vegas, only with names that will take a bit longer to remember what they’ve been in.

The plot for VFW won’t blow your mind and, yes, it’s not the most original out there. It’s not supposed to be. We meet Fred (Stephen Lang), Lou (Martin Kove), Walter (William Sadler) and Abe (Fred Williamson). All are Vietnam vets. Their respective enemy is Boz (Travis Hammer), a drug dealer who does his operations out of an abandoned movie theater across from their hangout. Lizard’s (Sierra McCormack) sister has overdosed and as an act of revenge, she steals a stash of “Hype” from Boz. She seeks refuge in a bar where, wouldn’t you know it, Fred and the gang engage in a brouhaha with the drug dealers. The end.

I wouldn’t call this film patriotic by any means, but with the primary cast playing former veterans, it shows that these characters aren’t afraid to stand up for what they believe in. They’re tough. And when the going gets worse, they snap back into the combat mode that they’ve all known so well. Not everyone who hangs out at the VFW gets drunk every night and tells old war stories (though that’s the connotation) and this movie embodies that. And with Joe Begos at the helm, you never really know what to expect. The film is fun, violent, but fun. You could do a lot worse.

There are films that shine in 4K and there are films that leave you scratching your head wondering why they went through the trouble of making a 4K disc. This, obviously, is in the latter category. So while there are some obvious benefits to the 4K version over its Blu-ray counterpart, this isn’t the picture-perfect vision that will showcase the limits of your 4K television. The film is dark, like really dark. Grain is everywhere, though that’s the point. It’s cleaned up a bit from the Blu-ray, which does give a bit of warmth to the 2.39:1 HEVC 4K image. Black levels are noticeably strong, however, a testament disc. Black levels and contrast remained constant as well. This won’t be demo material, but it gets the job done.

The included DTS HD Master Audio mix is a different story. I found the soundtrack to be chock full of audio goodness that radiated through my home theater room. The new trend seems to be going back to the “old school” 80’s and using a synthesizer. Hey, I’m game. It creates a dizzying and eerie mix that perfectly suits the movie. The LFE get their turn in the sun as well, several scenes have some “thumps” and “oomphs” to them and it’s made stronger by this track. Vocals are crisp and clear.

There’s no easy way to describe this film other than it’s…fun. These might not be the “A” list stars we’re used to seeing, but that’s fine. And they’re fine with that as well. Check your mind at the door and just enjoy the ride. They did. And so should you. 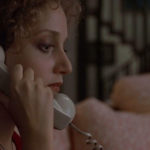 When a Stranger Calls (Blu-ray)
Next Article 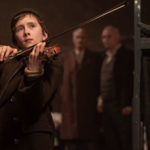