I will be honest and say that I didn’t think I would be sitting here reviewing Wonder Woman 1984 any time soon. With the pandemic, I thought surely the film (like several others) would’ve gotten pushed into the summer slate. With the HBO Max streaming deal, 1984 arrived in theatres and on the streaming service last Christmas to a mixed reaction. Certainly more so than its predecessor, which was widely loved by many. I was one of the few who wasn’t so in love with the first film, but I did have high hopes for the sequel. I was interested to see how Kristen Wiig would do as the villain. Unfortunately, this sequel didn’t do a whole lot for me. You won’t hear me say I hated it, but it just missed the mark. It’s hard to see exactly what went so wrong, but let’s take a look at just what we can expect.

As you can guess from the title, this sequel does in fact take place in 1984. Diana Prince (Gal Gadot) is working at the Smithsonian and she still longs for her love, Steve (Chris Pine). While the character does return here, I will leave it up to the viewers to see how it handles this hurdle since his character perished in the previous film. When she isn’t working at her regular job, Diane fulfills her duty as Wonder Woman. The film has an early scene with her in a shopping mall that’s very well done. It might’ve fared better had we gotten more scenes like this, but the film falls back on not one, but two villains. Neither of which are that interesting. We have Kristen Wiig as Barbara Minerva. She is rather mousy and insecure and clearly idolizes Diane. Then, we have Maxwell Lord (Pedro Pascal) as a struggling businessman who dreams of world domination. Max wants the “Dreamstone” which will grant the individual essentially whatever he or she wants. Max and Barbara eventually help each other and things culminate to pit two baddies against Wonder Woman.

While I have discussed some of the plot, and on the surface it is in fact fairly basic, 1984 spends an awful lot of time on backstory and exposition that it can seriously drag at times. I admit that I was a bit partial towards Wiig, but there are shortcomings to her character. I won’t fault Wiig for this, but her character can feel a bit undercooked and cheesy at times. The jealousy angle has been done in other films. Barbara’s transition into one of the film’s villain isn’t bad, because it offers quite the contrast to who the character began as, but her villain gets very little screen time.  Don’t get me started on Max. I don’t see why they felt he would be an interesting villain. Every moment he’s on screen just bugged me. His character is irritating to say the least. We also get very little of our title character in this film. Diane and Steve do have some fine moments here, but they’re lost in the grand scheme of things. It’s also interesting how things essentially switched here where in the first film Steve was interesting Diane to his world while here, she has to show him a thing or two. The film has some fun with its 80’s setting, but the better moments just can’t salvage the entire film. I would’ve thought surely a first sequel to such a well-received film wouldn’t turn out like this. This sequel should’ve been a sure thing. The film can feel small at times too. The climax almost makes things too easy and therefore makes the film almost feel even more unnecessary.  Maybe a third Wonder Woman film would’ve been the downfall as third entries usually wear out their welcome, but this leaves me very doubtful on just how that will turn out. As I mentioned, I didn’t love the first film, but I honestly don’t want to see any more Wonder Woman films after this one. Maybe Patty Jenkins needs to retire her directing duties here, but time will tell. As it stands, this can’t be called awful, but it sure is hard to justify checking out.

The 2.39:1 HEVC 4K image here is quite stunning. I saw the film theatrically and this looks about as good. Details are heightened and colors and all are well rendered. I found it rather odd to see such attention to detail paid to re-creating the 80’s (such as the shopping mall) in such vivid detail. HDR helps with some of the lower light scenes. Suffice it to say, there are many varying visuals here, but they’re all presented very nicely. Fans should be pleased with the results here.

The Dolby Atmos track here is also well done. I don’t have much to say beyond it being amazing. It really brings us into this world. Vocals have the expected clarity and the actions scenes certainly pack a punch. Speech and all had a very natural sound. Like the visuals, this track satisfies.

All of the supplements are found on the included Blu-ray.

Maybe because I didn’t love the first film like many, this one somewhat disappointed me, but I also had adjusted my expectations. There’s a lot of good here, but unfortunately a lot of bad as well. The film has just too much going on and meanders often. It also feels strangely small and anticlimactic. At the most I will say maybe rent it, but keep expectations in check. 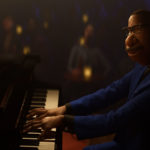 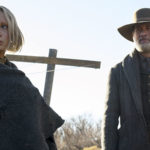