Landon Carter (Shane West) is a popular, handsome teen who hangs with all the elite people, though that’s not always a good idea. His friends tend to get into trouble at times and since Carter wants their acceptance, he always falls into place with them. But when a prank goes too far and the group is busted for their actions, Carter finds himself alone. He has managed to slide through school on his looks and reputation, but now it is time to pay the piper and that means community service & the like. One of the demands of his punishment includes working on the high school drama production, which is where his life takes some unexpected turns and a relationship is formed that takes him places he’s never even dreamed about. While he and preacher’s daughter Jaime Sullivan (Mandy Moore) have never been friends because of the social system of school, they begin to talk and as time passes, become quite close and discover new things around each corner, about each other and themselves. But is this unlikely pair doomed to fall victim to some unknown circumstance, or is really true love?

I’m not much on these after school special kind of movies, but Mandy Moore is a fox & I’m a sucker for teen cinema, and as such, I decided to endure A Walk to Remember. I assumed Moore would be the film’s saving grace, but instead she is the stone around its neck and fails to even deliver in terms of eye candy, a real disappointment. No one else is able to pick up the slack and while the premise is decent if you’re talking about a Lifetime original picture, it fails to hold interest when held up to normal motion picture standards. I’ve seen this film a few times and with different audiences, but each time there were groans when obvious cliches were passed off with serious intentions, or the movie’s hackneyed romance began to blossom. I mean, I don’t even see how the target audience would be entertained by this mess, although some would be dazzled just to see Moore, even with her dismal performance. In the end, unless you are a preteen female with no attention span, you might be better off taking your own life.

It seems as though every flash in the pan musical teen these days has dreams of box office success, with Mandy Moore involved in this case. I know she’s cute and has a special presence to her persona, but let’s face facts, an actress she isn’t. Maybe her skills will improve over time, but for our sake as movie lovers, I can only hope she either changes her mind or chooses her projects with more thought. I mean, I’d be glad to see her sign up with Seduction Cinema and do some work there, but in terms of mainstream cinema, Moore has minimal upside. I think she got this role based on her exposure as a music star, which seems to have been a mistake, since any extra from an after school special could have outshone her here. Other films with Moore include Dr. Dolittle 2, Try Seventeen, How to Deal, and The Princess Diaries. The cast also includes Shane West (Dracula 2000, Get Over It), Peter Coyote (Erin Brockovich, Unforgettable), and Daryl Hannah (Grumpy Old Men, The Clan of the Cave Bear).

Shout! Factory presents this with a new 2.39:1 AVC HD encoded transfer. Granted, this film is now over two decades old, but at times this transfer looks terrific and shows minimal flaws and at other times it seems a bit soft. But those flaws amount to some small print nicks and minor edge enhancement, so I doubt anyone will be too let down here. The film’s warm color scheme is intact and flesh tones look natural, while contrast is stark and well balanced also, so black levels are accurate throughout. It’s not that it’s “bad” in any way, but I’ve seen older films look far better.

The included DTS HD Master Audio track has some nice moments, but on the whole, offers little beyond a basic, solid presentation. The surrounds aren’t used much and when they’re active, the result is usually unimpressive. This is due to the material however, as it simply has little call for dynamic audio and as such, this track is unable to put the surrounds to good use. But the speakers do come to life for the musical soundtrack, which is the most active aspect of the audio here, hands down. The dialogue is clean and clear also, so no real problems arise, though the track is by no means a memorable one.

1999’s Message in a Bottle gave us the first Nicholas Sparks movie which set the wheels in motion for this one. Sparks’ next adaption, The Notebook, would merit him the most success. Fans of this film might want to pick it up for the new feature, but this one hasn’t been held in too high of regard. And with good reason. 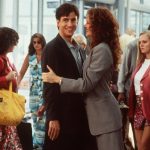 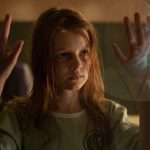