You know, it’s kind of amazing how you can tell and, in some ways, document the rise and fall of celebrities. I’ll come out and say that I was never the biggest fan of Amy Winehouse and I really only enjoyed one song by her – “Valerie.” I will freely admit that she had immense talent, a voice that most musicians would kill for and, obviously, a very addictive personality. It really came as of no surprise when she died, ironically enough, of alcohol poisoning. I say that’s “ironic” since Winehouse was known for chain-smoking crack cocaine like it was going out of style. One would assume that if she was going to go, it’d be related to that as opposed to the bottle. Nevertheless, she did finally succumb and she now joins the infamous ranks of past musicians before her who all went before their time. We know the list: Bob Marley, Jim Morrison, Janice Joplin, Kurt Cobain and countless others. I imagine that it takes somethings special to be part of that group and maybe music is just the outlet that those had in common. Still, life is never to be taken for granted and for the rest of us – we’re left with a void that those who entertained us, will never be able to be filled.

Amy chronicles the story of the singer/songwriter Amy Winehouse and does it in a kind and somewhat sensible way. Certainly this well-made documentary isn’t out to cast her in a negative light, but she did live her life in the public eye and we all know of some of her antics. As with most documentaries, we start at the beginning with some montage and home video footage from the early 90’s. We see her rise to stardom as a solo artist as well as some of her more personal moments. Truly I don’t think I’m giving anything away here, just do a quick search on YouTube and you’ll be able to see what she looked like during the mid 2000’s and the toll that alcohol and drugs took on her. We meet some of the important people in her life, namely her father, as he was the one who tried to control her addictions. I think the last documentary I’d watched was I Am Chris Farley and that too was a look at a flame extinguished far too early. Remembrances by family and friends shed a lot of light on the life of Amy Winehouse and it’s a testament to her as a performer and a person. Emotional, powerful and extremely well-made – Amy should be seen.

As is the case with a lot of documentaries, it’s a bit tough to assign a score to how this looks. The “main feature” certainly looks ok, and the 1.85:1 AVC HD image looks amazing in parts. But we’re deluged with a montage of clips that range from almost unwatchable to HD crystal clear like footage that’s consistent with what we’d expect out of a Blu-ray. Again, it’s a difficult task, but this seems to have more positive qualities to it than negative. I don’t think that viewers will be disappointed.

Like the video presentation, the included DTS HD Master Audio soundtrack has its moments, but we’re also traded to some “less than desirable” moments with poor-quality sound. By and large the vocals are crisp and pure, some of the English accents are a bit hard to describe at a few times, but by and large it’s a pretty good audio presentation.  Some of Winehouse’s performances really do showcase how amazingly talented she was and, as we all know, she had an amazing voice. While not reference-quality, this is a passable mix that’s sure to please.

“Love is a Losing Game”

While not for everyone, Amy chronicles the life and death of a very popular entertainer. Some of it might be a bit shocking, but for a film that I wasn’t really looking forward to watching, I have to say that this is extremely well-made. The disc itself offers up fairly decent audio and video presentations along with a bevy of extras that might make some Winehouse fans pick this one up. 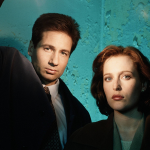 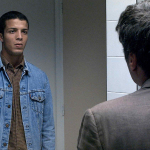