Alvy Singer (Woody Allen) and Annie Hall (Diane Keaton) have had some good times together over the years, but they’ve also had their share of rough times. Alvy is a comedian from New York who can’t tolerate things outside of the city and almost can’t function himself when he isn’t there. Alvy is paranoid and has had some miserable luck when it comes to romance. But his luck seems to change when he meets Annie through a friend and sparks fly from the first time he sees her. Annie is from Wisconsin and seems sensitive and almost as neurotic as Alvy at times. The two have an unusual but hilarious dinner conversation and then as they say, the rest is history…so to speak. This movie follows their relationship through the highs and lows and all other states, but not in a straightforward manner. If you want to see a movie that shows relationships in a natural and realistic light, then give this one a chance.

This film was directed by Woody Allen, who also helped write the screenplay along with Marshall Brickman. This is the movie that won Best Picture in 1977 and I think most people believe it to be Allen’s crowning film, but I have to disagree. I do think this is a solid and very entertaining movie, but it lacks the comedic shine his earlier movies were filled with. This is a more personal film which can be both a good and bad thing to viewers like me. I like the dialogue and character interaction, but I just don’t care about the people in the movie. In Sleeper and Bananas, I liked the characters Allen played and that makes me enjoy those films a lot more. I am in no way saying this is a bad movie so don’t misunderstand me, I just happen to think it is overrated. As per usual Allen plays a leading role in front of the camera and hands in a solid performance, but again he lacks the charm of his prior movies in my eyes. Diane Keaton (Hanging Up, First Wives Club) won an Oscar for her work in this movie and I again have to disagree with the folks handing out the statues. Keaton is very good here but far from good enough to take those honors. The supporting cast includes Christopher Walken (The Prophecy, Pulp Fiction), Paul Simon (The Rutles), Tony Roberts ($1,000,000 Duck), Shelley Duvall (Popeye, The Shining), and Carol Kane (Scrooged, Addams Family Values).

I was a bit worried when I put the disc in and saw the very grainy title sequence. “Uh oh” I thought. They’ve butchered another one. Give it time, though. As this 1.85:1 AVC HD transfer quite literally grows on you. I found that while it doesn’t compare with some of the best transfers out there, it’s certainly an improvement over the standard DVD version. Yes, there is a layer of grain throughout and most likely there always will be, but colors seem to have a bit more pop to them. Both contrast and black levels have been improved as well. I couldn’t find my old standard DVD to do a comparison with, but having seen the movie several times I can say that this new HD image is a major step up.

Woody Allen movies are mostly always mono. That sounds strange to say in this age when we have anywhere between 6 and 10 channels of potential sound, but given that this movie came out in 1977, it was a bit more representative of the time. MGM has struck a newly-minted DTS HD Master Audio soundtrack, but don’t let the big words fool you – it’s just like the 2.0 soundtrack that was used for Manhattan and it sounds pretty darn good. Allen movies are known for their dialogue and Annie Hall is certainly no exception. Contrasting heavily with its Best Picture contender, Star Wars, the two couldn’t have been more different when it came to audio. What we get here is a nice, cleaner mix than that of the previous mono track found on the standard DVD. No real complaints here as it’s somewhat hard to mess up a mono track.

Sadly, Woody Allen movies aren’t stacked with lots of extras and his Best Picture winner isn’t anything different. All we get is the original theatrical trailer re-mastered in HD. 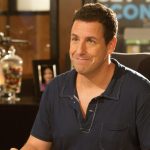