On the inner sleeve of this disc, Director Walter Hill (once again returning to direct) mentions that this film is contradictory. It’s further elaborated upon on the feature on this disc, but he mentions how basically we’re meeting these characters for a second time and they’re at different places in their lives and how audiences might’ve not understood that. Fair enough, but Another 48 Hours. Really is something of a stinker. There’s just little denying that not much of this film works. Take away the easy chemistry between stars Nick Nolte and Eddie Murphy and everything here just has a stale taste to it. The sort of been-there-done-that vibe. There’s nothing in this sequel that we didn’t get the first time. It even recreates the first film’s infamous bar scene. Let’s look at some of what we can expect here.

We begin in a café in a California desert when three bikers arrive. They’re meeting with a man named Tyrone (Brent Jennings) who is offering $100,000 to kill Reggie Hammond (Eddie Murphy). It will be half up front and the other half after the job is complete. There’s a connection to the first film since one of the bikers is the brother of the man that Jack Cates (Nick Nolte) killed. When we catch up with Cates we learn that he is after a man known as the iceman. He’s the top drug dealer in town and you can expect to hear his name repeated often throughout the film. How much you will care is another story, but I digress. When Jack meets up with Reggie, we learn that Reggie has been in prison for five years and Cates owes him his money. There’s more plot and banter happening here, but it becomes redundant before long.

When eight years pass between an original film and its sequel, it can be a dealbreaker and unfortunately this film simply fails to capture what worked well in the original. While I didn’t love that film, it at least had its pros. This one just meanders and feels unnecessary. Murphy had become a huge star from the time the original film came out to this one. Heck, I enjoyed the Beverly Hills Cop films to these, but that may be just me. Regardless, the tired feeling is hard to avoid in this sequel. Purists and collectors may want this in their collections, but all others should skip it.

We get another new 4K scan and like the first film, the results are very pleasing. Clarity is excellent and it has a fresh look to it. The 1.85:1 transfer proves satisfying and is the best the film has looked. I can’t think of any serious flaws off the top of my head.

History repeats itself as we get a Dolby TrueHD track that also pleases. This is a very loud film and that means the track stays busy. All channels remained active to create an involving and rich experience. Vocals have the expected crisp sound to make this track a winner.

What we have here is pretty much a sequel where all the pieces are present, but it fails to add up to much. This thing just sort of stinks. The plot will leave you bored and not caring, and the action is routine and boring. The disc does look and sound great and the supplement is a good one. Only for collectors and purists who want this in their collections. All others can skip it. 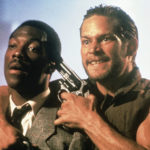 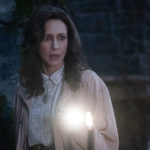