C.C. Baxter (Jack Lemmon) is one face in his company’s some 30,000 employees. To rise above the cream and get to the top, one usually has to work for years to finally be recognized as more than just a “face in the crowd”. Baxter has found another way. It seems that just over a year ago, Baxter lent the key to his apartment to a friend of his who was about to “score” after the company Christmas party. Well, word got around and now four of the company’s executives are all taking turns using his apartment, regardless of day of the week or time. Baxter has a problem with this, of course, but he has been promised to not be “looked over” when certain changes in personnel are made; and thus, this makes it all bearable. The men use his apartment time and time again, even making Baxter write their appointments down in a calendar and it’s up to him to make sure all of their appointments coincide. And what’s even more of a slap in the face is the fact that his neighbor, Dr. Dreyfuss (Jack Kruchen) thinks that Baxter is the one getting all of the action!

Eventually, word gets around to the Director, Mr. Sheldrake (Fred MacMurray). Sheldrake is the man in charge of Personnel and when he’s consulting Baxter about the apartment, he becomes a “customer” as well. Much to Baxter’s surprise, Sheldrake’s mistress is an elevator clerk by the name of Fran Kubelik (Shirley MacLaine). Normally this wouldn’t be that big of a deal, but Baxter has a thing for Miss Kubelik and it conflicts with his ethics when he finds out that Kubelik and Sheldrake are having an affair. To add more fuel to the fire, Kubelik is actually in love with Sheldrake, but has little knowledge that he has no intention of leaving his wife for her. This leads to the eventual attempted suicide by Fran when she takes half a bottle of sleeping pills. Meanwhile, Baxter has not been overlooked at his company, he has been promoted to 2nd Administrative Assistant and now has a nice corner office overlooking the hundreds of desks in which he once worked.

The Apartment is a movie that can be best described as a comedy, but it tackles some very serious issues. Mainly adultery. Consider the fact that this movie came out over 40 years ago, and you had a controversial piece of film on your hands. Then again, leave it to Billy Wilder to bring out the best performances in the three lead actors. While The Apartment might seem tame compared to today’s standards, it was a great hit at the time. In our world of “business casual” at the office, calling the executives by their first names and such, this was a reflection back to the days when people wore suits to the office, arrived and left at the sound of a bell and called their boss (which were all men, by the way) as Mr. so and so. Just because a movie is old, doesn’t mean it can’t be good or make you think. A question of morals is just a big of a deal now as it was back then and The Apartment makes you think twice as to “How to Succeed in Business Without Really Trying!”

I’ve seen this film on just about every format imaginable, with the most recent being MGM’s Blu-ray from 2013. I still firmly believe that one of the most beautiful things I can watch is a widescreen black and white movie. There’s something about black and white that makes a film feel more real to me. There was a new 4K restoration done for this film and for this edition and it’s immediately noticable. Dust, dirt and debris were all painstakingly removed from the print. And right off the bat both contrast and black levels seemed to be more on the level. Detail seems to have been improved as well, considering some of the deep focus shots that seem to retain the clarity through the entire scene. If you’ve ever seen an episode of Mad Men I’m quite sure they took their production design cues from this film. A very nice-looking transfer.

The Apartment features the same DTS HD Master Audio mix found on the previous Blu-ray. This might sound impressive, it’s not that much of an upgrade over the track found on the standard DVD. The movie is nearly all dialogue-driven and the vocals seem crisp and clear throughout. There are a few instances in which the surrounds kick in and one or two where the LFE get involved, but this is essentially a very nice-sounding mono track. Again, it’s an upgrade but not anything compared to the video.

The Apartment was a diamond in the rough and is one of Billy Wilder’s most noted films (and the only one to win Best Picture). When you’re talking about this film, you’re also referencing a man who directed such classics as Double Indemnity, Some Like it Hot, Sunset Boulevard and The Lost Weekend. That’s good company to be in. As for this disc, it’s been restored and several new features added. Arrow Video is certainly giving Criterion a run for their money in several respects and this new edition should be on every film buff’s shelf. 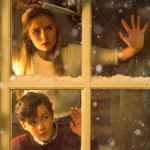 Better Watch Out (Blu-ray)
Next Article 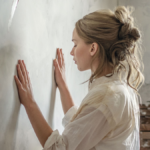