In 2006, when Art School Confidential was released into theaters in Tallahassee I was just finishing my sophomore year of college at Florida State University. I went and saw it in the theaters that week because I had been a big fan of Bad Santa and Ghost World. With direction by Terry Zwigoff in collaboration with underground comic artist and writer Daniel Clowes – the exact pairing that brought the world Ghost World – I expected big things. I left the theater feeling like I had enjoyed the movie but may have gone in with too lofty expectations. It seemed natural that I would rewatch it at some point. Then twelve years passed. I think I may have watched it once more on DVD when I bought it, but I know I had not seen it since college. When I saw that MVD Marquee Classics was bringing it to Blu-ray I was excited to get to revisit the film after a decade.

The plot of the film revolves around a young virgin artist named Jerome (Max Minghella) who faces rejection and bullying as a youth from middle school all the way through high school. Jerome hopes to become a great artist and also to meet beautiful women that will like him for his talent. With this grand idea he enrolls in Art School at the exclusive Strathmore Academy. To his shock and dismay, he is surrounded by talentless students, talentless teachers, and nobody seems to think he is the greatest artist in the world. His roommate is in the closet, his other roommate is an obnoxious film school student and aspiring film director. All the girls he meets are mentally unstable. Meanwhile, there is a strangler on campus that the police are trying to track down. In class he meets a more experienced student that keeps changing his major. His name is Bardo (Joel David Moore.) They become friends. Jerome is taught by neurotic teachers played by Anjelica Huston and the great John Malkovich. Bardo introduces Jerome to an old alcoholic nihilist artist named Jimmy (Jim Broadbent) to let Jerome see the darker side of pursing the artistic life. In class one day, Jerome sees a nude model named Audrey (Sophia Myles) and he is drawn to her immediately. As he falls for her, she withdraws despite his desire for her to be his creative muse.

When this film came out it was very divisive with critics. Some critics absolutely loved it, some hated it, and some felt like it was too dark for its own good. Watching the film with some distance from when it came out, it still retains the same flaws that I remembered when I watched it. The tone of the film is just a little too acerbic. The murder sequences that borrow from Peeping Tom may have been too unsettling for a comedy. The film has stretches that feel too dramatic, and parts that are a little too paint by numbers stereotypical. Then again, college kids are at their most misguided and hormonal stage. They are essentially walking caricatures at that age. The movie does nail the feeling for anybody who has walked home alone from campus to their bare dorm room and felt lonely. That is one of the film’s strong suits.

The depiction of art school is hilariously on point. I was an English Major and I took art as an elective throughout my entire run of high school, so I could relate to basically everything in the film. The teachers in the film are so funny and well-drawn. John Malkovich steals the movie, but I also loved Anjelica Huston in a smaller role. Max Minghella is good in the lead and Sophia Myles will grab the eye of anybody who watches the film.

So – this film has aged pretty well. It actually captured that time (2006) really well despite Daniel Clowes drawing on experiences from the Seventies. I guess loneliness and lack of talent are fairly timeless issues. Watching the film took me back to my halcyon days and independent film viewing at the theater days. For that, I appreciated the chance to revisit it. This film is not Terry Zwigoff’s best, but it is also not the train wreck some reviewers seemed to think it was. Overall, I would say that I enjoyed revisiting it and would recommend checking it out if you have not seen it.

MVD Marquee Classics have provided a solid transfer of the film using an MPEG-4 AVC codec of a 2K restoration from the original camera negatives provided by MGM in 1.85.1 aspect ratio. This is a good step up from the DVD copy. Clarity is excellent, and the film honestly looks much better than when I saw it in theaters in 2006. Really good work.

MVD Rewind has provided a Dolby DTS-HD 5.1 track that sounds nice. This film is largely dialogue based but it has a well-orchestrated score by David Kitay that helps the comic scenes and scenes from the point of view of the killer. Dialogue is easy to hear, and I did not detect any hiss or other issues. A well-done track.

Art School Confidential is not Trey Zwigoff’s finest film by a long shot, but it still has plenty of redeeming qualities. This film captured aspects of my college experience really well while also falling prey to caricature at times and an uneven tone. Overall, I think the film is worth revisiting but it is also good to go in with lowered expectations. MVD Marquee Collection have provided a great looking transfer and the film has never looked better. I appreciate that they released the film so that collectors of Zwigoff’s films can finally have everything in high definition (except Louie Bluie.) Fans should consider the upgrade. Also, Terry, if you are reading this – it’s time to make another film! 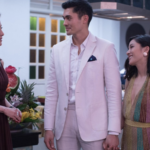 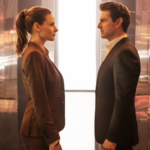