Warner Archive has always been impressive with the all-encompassing variety of their label. This release is no exception. Just in time for Halloween, Warner has decided to release a made-for-television film from 1974 called Bad Ronald. I had never heard of the film before, but I am always willing to check out basically anything that the Archive decides is worth putting out on Blu-ray.

Ronald (Scott Jacoby) receives some cake for his birthday from his ailing mother (Kim Hunter.) His parents had divorced ten years earlier and his father had not been granted any visitation rights. Ronald is quite the artist and receives some art tools which he can use for painting his fantasy world – Atranta. Ronald swings by to ask a girl named Laurie out but she blows off his request while her friends poke fun of him from inside of a swimming pool. When Ronald bumps into a mean little girl named Carol Matthews, she makes fun of him. He loses control and pushes her down. She hits her head and dies. Ronald goes home and tells his mother that he accidentally killed Carol and buried her. His mom comes up with a plan to hide him so he won’t be arrested – she will hide him in a downstairs bathroom by plastering over it and creating a secret door in her pantry to feed him. She will be the only one who knows he is there and they develop a code to protect him. When his mother perishes from a gallbladder surgery, Ronald stays in the walls even as the house is sold to a new family. He drills holes in the walls so he can spy on them while he works on his fantasy world of Atranta and loses his sanity. He begins to like one of the girls in the house and soon he makes his move.

This movie is a made-for-television movie from far before television movies became what they are today. In other words, this movie’s production values are about what one might see on Lifetime channel. For a thriller, there is little on-screen violence and no gore whatsoever due to the limits of the form. This does not realljy harm the film’s storyline, but it is worth noting for people that might think that this film will be more akin to horror films that were released in the theater at the time. The film is cheaply made and is basically a disposable entertainment. The dialogue is a little stilted and the acting is okay to awful depending on the character. The worst acting comes from the lady that was cast as Ronald’s elderly neighbor. In one of the most unintentionally comedic scenes, the neighbor sees Ronald and the actress proceeds to give an acting course in how to react without a single correct instinct. I laughed out loud at this scene and think you will too.

That said, the film’s premise is not absolutely terrible and the short running time will lend to finishing the film in one sitting. Even with a 74 minute runtime, the film does drag its feet at times. The final scenes of the film are pretty fun and almost erase the twenty minutes of boredom that came before them.

Overall, this movie is not very good but it does serve as a relic of a time in television history where these types of movies occurred. With an interesting premise, it is not completely terrible either.

For what it is, the video transfer presented in 1080p in an aspect ratio of 1.33:1 isn’t half bad. It is amazing that Warner could take a little television movie from nearly forty five years ago and make it look so clean and crisp. That said, this film is never going to pop like a film with a big budget and a truly great cinematographer. This film visually is pretty flat, but Warner did a great job of making the image look as good as it ever will.

Bad Ronald has been given a good DTS-HD MA 2.0 track. Like the visuals of the film, this mono track is fairly flat. This is no fault of Warner but more a fault of the product itself. These recordings were mastered quickly for a cheap television movie, so adjust your expectations accordingly.

Sadly, no extras have been included. The 2009 DVD was the same.

Bad Ronald is a curiosity of a release. It has a small and loyal cult following that I am sure will enjoy seeing the excellent work that Warner has put into this release. That said, this film is pretty mediocre and at times is very slow-moving. Fans will want to upgrade for the great visual presentation but others may not want to dive right into this film unless they have a fondness for made-for-television films of yesteryear. In the meantime, I do think it is pretty cool that Warner would even consider putting out a film this far off the beaten path. 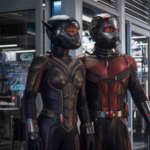 Ant-Man and the Wasp (Blu-ray)
Next Article 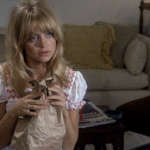