As much as I do enjoy the superhero films, I admit that I am a little fatigued at this point. I really don’t keep up with these animated series at all, but as I often say, duty calls. Much to my surprise, I found this particular outing pretty enjoyable overall. At times, the humor is a bit too juvenile for my liking, but I suppose the target audience won’t mind as much. Indeed, later this month we will be treated to Justice League and this release obviously wants to capitalize on that. I much prefer the cinematic theatrical films to these smaller films, but I suppose they’re good for the in-between times of theatrical films. It may also help whet the appetite for those who need a DC fix.

We begin as we see super-villains Poison Ivy (Voiced by Paget Brewster) and Floronic Man (Kevin Michael Richardson) breaking into STAR Labs and stealing a dossier. The plan here is to transform millions of humans into plant people. Imagine that. Batman (Kevin Conroy) and Nightwing (Loren Lester), meanwhile try to locate Ivy to no avail. As a bit of a last resort, they turn to Harley Quinn (Melissa Rauch) to help them. While she ultimately agrees, nothing is easy with Harley. We follow the trio as they work closer to track down Ivy and stop her from pursuing her plan. Admittedly it can be fun seeing all these characters together. I would most definitely prefer them in a live-action film, but beggars can’t be choosers.

As I mentioned, I don’t follow these animated adventures, so I can’t compare to others, but I enjoyed this outing a good bit. It’s not something I personally would return to, but it passed the time quickly enough. I don’t mind the jabs at humor, but I do wish some of the gags would’ve stayed away from toiler humor. One scene focuses on Harley’s flatulence. It continues for more than it should, but really it wasn’t needed at all. At times, the pacing can drag as well. It does feel a bit padded at times, but otherwise it doesn’t ask much of its audience.

Of all the studios out there, Warner has the most robust catalog. With Ultra HD/4K being still a new format (even though in reality it’s over a year old), I understand if the studios are still “testing the waters.” Still, it seems a bit odd that this title would be given the 4K treatment. Looking at the Blu-ray, the 1.78:1 AVC HD image looks positively great. It’s a dark movie, but it’s also animated so there are clear, sharp edges as well as no banding, bleeding and so forth. Looking at the 4K version, I don’t know what there was that could have been improved upon. The colors look nearly identical, the clarity and definition seems equal as well. In a live-action version, I’m still a bit hard-pressed to pick a Blu-ray over a 4K disc. Simply put, the 4K is wasted here as I couldn’t tell any difference between it and its Blu-ray counterpart (also included).

Another inconsistency…they sprung for the 4K disc, but not a Dolby Atmos track to go along with it? Doesn’t make sense. That said, the included DTS HD Master Audio track does have a few moments that sound good. Directional effects are used, albeit sparingly, vocals are rich, crisp and pure and the LFE chimed in a few times as well. Don’t let the genre fool you (animation), this sounds pretty darn good though the lack of a next generation track is a bit confusing to say the least.

No doubt that Warner and DC are capitalizing on the success of last year’s Suicide Squad as well as the upcoming slew of DC Universe titles. Fans of Batman: The Animated Series will no doubt get a kick out of this “team up”, but as for springing for the 4K version – save your money and just get the Blu-ray. 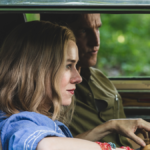 The Glass Castle (Blu-ray)
Next Article 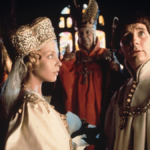