MVD, a distribution group that has helped to distribute labels like Arrow Video and Drafthouse Films, has recently started its own distribution label for lesser known cult films called the MVD Rewind Collection. Their choices so far have been incredibly interesting. They seem to be focusing on titles that spent the majority of their life on VHS shelves in video rental stores in the late Eighties and early Nineties. Personally, as somebody who grew up looking at these titles in the stores and wanting to see every movie that had a cool cover, this is a label that appeals directly to my inner child. With a great friend in town and a few beers in the fridge, we sat down to watch their recent release Black Eagle.

The plot begins with a plane crash. It is offscreen, but the radio chatter for the specialized F-111 Aardvark’s crash into the ocean of Malta is heard. The plane was carrying an experimental laser. Russian Colonel Vladimir Klimenko (Vladimir Skomarovsky) wants to check the plane for materials that would be useful to the Soviets. He relies on his ruthless associate Andrei (Jean-Claude Van Damme) for any dirty work. Meanwhile, in America, CIA operative Dean Rickert (William Bassett) needs to send in his best man. As a contingency, he sends in a young hot shot. His best man, Ken Tani (Sho Kosugi) is actually on a mission. When Rickert is told to pull his best man out of whatever he is doing and send him in, it is an issue. Ken only receives two weeks a year with his children. To force Ken’s hand Rickert sends Ken’s children to Malta with an operative named Patricia Parker (Doran Clark) to assist in the mission and babysit his kids. Ken goes undercover while trying to keep his kids out of harm’s way.

Black Eagle is not a good “film.” In fact, it is so remarkably inept that it is dazzling. One chief example – the lead actor in the film Sho Kosugi- was born and raised in Japan. Despite having lived in the United States since the Seventies, his heavy Japanese accent makes him an incredibly improbable American Central Intelligence agent. Sending this man into Malta on a deadly mission undercover is just patently ridiculous and also one of the greatest strengths of this strange action film. I was watching the film with a friend and we could not understand nearly any of his lines he delivered; causing tons of laughter on our end. Then there is the writing. The plot is ridiculous and convoluted in unrealistic and unnecessary ways. Each scene pays homage to James Bond films if they had been put through some low budget third world transformation. Anything that would be fancy in a James Bond film has been made here for one hundredth of the cost. We are talking obviously abandoned buildings that have signs painted on them that say they are a scientific outreach of Georgetown University. The dialogue is clunky and full of lines like “Kiss my ass!” delivered with the same gravitas as Shakespearean drama. That is one of the best things about the sloppy writing. Nobody – not the actors, not the director, not the script supervisor – stopped people from saying flat lines. The actors in particular seemed to think that they were going to win an Oscar for their performance. The director, Eric Karson, makes poor decision after poor decision. One of my favorite bad decisions is when Jean-Claude Van Damme’s character grabs a man off a boat and kills him in the water.  The director then cuts away to action elsewhere. He then returns to the water for a closeup of Van Damme’s head emerging from the water ominously as if he is some sort of crocodile. These are the types of bad choices that in my opinion improve a movie-watching experience like this one. Casting of this film relies heavily on Maltese civilians who turn in funny and intriguing performances that will bring a good chuckle. Van Damme is very capable of doing his role justice. I like Van Damme, and if he had been given more screen time or just simply been the main bad guy it would have helped the film tremendously.

One of my favorite aspects of the film happens within ten minutes of the film beginning. Rickert is going to send his best man into the field, but this is piss poor timing because his best man is set to spend two weeks out of the year with his kids. I found this to be absolutely hilarious and bizarre. Our hero spends fifty weeks a year completely away from his two children. He is no doubt truly derelict in his parenting duties. I don’t know of any dads that have this terrible of an arrangement and it made me laugh the rest of the film.

Now I will say one thing about this film – the cinematography by George Koblasa is actually pretty good. It is not inventive. The editing and directing causes his work to be used poorly, but the camerawork itself is pretty well done. Malta itself looked so beautiful and ideal for filming that i am convinced that I will visit there one day with my wife.

This film was one of several cheap films that would be filmed in locales like Malt a during the VHS heyday – my favorite probably being the Arrow Video release Hired to Kill. I can’t get enough of these movies. So bad it is good, and this one happens to be so incredibly bad. If you like these types of movies, which I do, this is well worth checking out. I will highly recommend the theatrical cut over the unrated cut. The unrated cut is overlong and the scenes added are extraneous.

MVD Rewind have provided an excellent transfer of the film using an MPEG-4 AVC codec of a brand new 4K restoration from the original camera negatives. While this film was made on a minuscule budget, this 4K scan is absolutely incredible. It does have the brightness cued up a little higher than necessary, but aside from this, it shines. Fans of the film are never going to find a better-looking version of this film. Clarity is remarkable and a very fine film grain is present. This is as good as it gets for cult film video preservation. I will say, I read another review that trashed this film’s video presentation, but I watched it on a 65-inch UHD TV and thought that they were sorely mistaken.

MVD Rewind has provided an English LPCM Mono Track from the original recordings and a Dolby Digital 5.1 track. While the sound is decent for the film, Sho Kosugi is nearly impossible to decipher for much of the film. The two tracks provided (one lossless and one lossy 5.1) are both pretty similar. I listened to the mono track and didn’t have too much trouble with it. Just don’t expect it to blow you away like action films now.

Two Cuts of the Film: Theatrical (1:33:04) and Extended (1:44:26.) I highly recommend watching the theatrical over the extended as the deleted scenes add nothing to the film.

Black Eagle had me laughing like an idiot within a few minutes and the laughs just kept coming. I am so glad that MVD Rewind has decided to bring this trashterpiece to Blu-ray with a great looking 4K scan of the film and some excellent special features. If you like “bad” cinema, you owe it to yourself to invite some friends over and start tearing this one apart. Recommended. 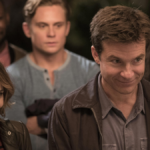 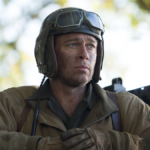