Twilight Time continues to delve into the vaults of studios to find forgotten classics with their release of Black Widow. Filmed in CinemaScope for Twentieth Century Fox, Black Widow is a good old-fashioned who-done-it/ man-wrongfully-accused film from the golden age of movies. As a fan of this genre and time period, I sat down to watch the film last night.

The film begins with famed Broadway playwright Peter Denver (Van Heflin) saying goodbye to his wife, Iris Denver (Gene Tierney.) After her departure at the airport, Peter meets young social climber Nancy Ordway (Peggy Ann Garner) at a party held in the apartment of actress Lottie Marin (Ginger Rogers) and her kept husband Brian Mullen (Reginald Gardiner.) Peter decides to take the young woman for a meal despite being happily married. Nancy, who goes by Nanny, professes to be a writer and Peter decides to take her under his wing, even allowing her to write at his apartment. This draws suspicion of an affair from all those around Peter. Peter is unaware that Nanny is a social climber that has bounced from place to place since arriving in the city. One day, Peter returns to his apartment and Nanny appears to have hung herself. Detective Bruce (George Raft) finds it necessary to investigate the circumstances that led to her death. This throws Peter’s life into disarray as he tries to prove to his wife that he was not having an affair. Things become more complicated when it is revealed that it was not a suicide.

Black Widow is a fun and well-written murder-mystery. The film is tightly constructed and directed by Nunnally Johnson, who also wrote the screenplay. The film is a model of efficiency, breezing through its running time towards the conclusion. The film has the distinction of being shot in CinemaScope in 2.55:1 aspect ratio. This means that the film is shot in an ultra wide format that takes in a lot of color and detail. With the help of cinematographer Charles G. Clarke the film never feels claustrophobic despite being made up almost entirely of interior shots on a sound stage. Basically, it looks great.

The actors in the film all turn in strong performances. I enjoyed watching Van Heflin in the lead role. He was fantastic in 3:10 to Yuma, and I enjoyed seeing him act. Ginger Rogers chews the scenery and steals every scene she is in. She is dynamite in the film. With solid supporting turns by George Raft, Peggy Ann Garner, and Reginald Gardiner, the film has a strong cast.

Overall, this is a solid little movie. I enjoyed it. I can always respect a film that ends with a great final line of dialogue, and this film fits the bill. You will know the line when you hear it.

The film looks beautiful in the new presentation from Twilight Time. Fine detail is absolutely fantastic. The treatment the film has received is worthy of being called stunning. Colors are exceptional- blues and bright colors pop. Cinematography by Charles G. Clarke makes all the interior shots in the film somehow look remarkable. Shot in CinemaScope by Twentieth Century Fox on sound stages, the film has a great sense of style.

The new DTS-HD MA 5.1 track sounds great. I am a big fan of expanding the dynamic range of classic films if it is tastefully done. This film is a great example of how this can be effectively done. It’s subtle. There is no hiss. Dialogue is clear and I like the added directionality from the surround track. For those that would prefer, Twilight Time have offered two alternate tracks: 4.0 DTS-HD MA, and 2.0 DTS-HD MA. I would stick with the great surround track, but at least you have options.

Black Widow is a good little film. With strong performances, direction, and cinematography, it is an efficiently constructed and executed film. Twilight Time have provided a beautiful transfer from 20th Century Fox along with some interesting supplements. Fans of the film will want to upgrade their discs and others should consider checking it out. 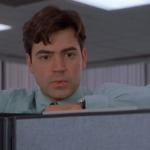 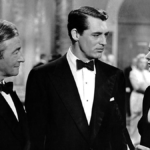