When the Bough Breaks is one of those trashy thrillers reminiscent of some of the better ones from the late 80’s and early 90’s. The limited PG-13 rating also keeps it from being a total guilty pleasure, but it still holds enough entertainment value to warrant a viewing. I cared just enough for the characters that the film kept me with it even during the more absurd moments, especially in the last act. There are better films in this genre, but this one has enough going for it to give a slight recommendation. Let’s take a look, shall we?

Married couple John (Morris Chestnut) and Laura (Regina Hall) desperately want to have a baby. After a few miscarries, they decide to find a surrogate mother. Anna (Jaz Sinclair) seems to be the perfect candidate, however, things are almost never as good as they seem on the surface. Trouble begins when Anna’s boyfriend Mike (Theo Rossi) roughs her up. Unfortunately, the trouble doesn’t end there as Anna as a few secrets of her own as well. She even begins falling in love with John. There are several risqué messages sent and a few close encounters as well. I’ll be careful to not reveal much more of the plot to avoid spoilers, but really there’s nothing new here. That doesn’t mean the film can’t be enjoyed on its own merits, but it just depends on how much you’re willing to go with and suspense disbelief. We used to get movies like this much more often, but they’ve fallen somewhat to the wayside these days. I admit that I was mostly entertained by it. I do wish it went further into R rated territory to really unleash the limits of what this genre can offer. Still, there are just enough cheap thrills to make for a decent viewing.

Sony does a pretty good job with the transfers, especially for recent films, so expect those same results with this disc. It might not be an overly flashy film, but it at least looks nice as it should. The image is AVC encoded with a 2.39:1 ratio and features sharp colors and strong details throughout. Details around the interior of the home and outdoors are nice and strong as well as facial features. The print is pristine, as it should be for a recent film. All things said, this transfer does the film justice.

We get a solid, if somewhat modest DTS HD track that still works well for a film of this sort. The vocals were always clear and crisp. There are some scenes at night where we hear some thunder that adds depth. The climax where the violence is kicked up a few notches is also when the track is most alive. Rear channels do their job and all in all this track works well for the film.

When the Bough Breaks pretty much delivered what I expected. For that, I give it a mild recommendation. It’s not something I’d say you’d have to hurry and check out, but you could do worse. The PG-13 rating definitely restricts the full potential, but there are just enough interesting moments to warrant a viewing. Rent it. 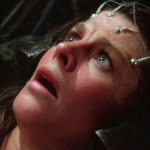 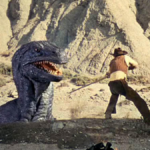