Megan (Natasha Lyonne) seems like the vision of a high school girl, as she is a cheerleader, has a popular boyfriend, and has a lot of friends. But her family and friends think she is heading down the wrong path and as such, have called an intervention to get her back on track. It seems like she doesn’t like to make out with her man, she has pictures of almost naked girls in her locker, and she likes to fondle her fellow cheerleaders at times. So they decide she is a lesbian and call in Mike (RuPaul Charles) from True Directions, who plans to help Megan return to her natural self. So Mike takes Megan to the house and she begins a program which promises to have her hetero again in no time. She meets a team of fellow homosexuals, all of whom seem doomed to fail the program at some point. Megan tries to turn around her thoughts, but when she starts to fall for Graham (Clea DuVall), she has to choose between her feelings and being normal.

This is a hilarious and offbeat film, which takes the subject of gay & lesbian rehab and makes a terrific storyline from it. I think this is a wonderful & original stance to take against homophobia, because it makes you laugh and never crams the idea down your throat. You can easily glean the message to be sure, but it isn’t like hearing a ninety minute sermon in the end. The movie uses a wide range of characters including the clueless parents, the rebel lesbian, the gay varsity wrestler, the reformed homosexual, and the naive cheerleader, among others. The characters interact very well and the outstanding performances make this material seem even better. The writing is fantastic and blends sexual laced humor in with some darker themes, but it all works out to be highly entertaining. If you’re looking for an offbeat and terrific comedy, check this one out and maybe you’ll discover the real you.

I was impressed by several of the performances found in this film, but the lead role played by Natasha Lyonne steals the show. We’ve seen her play a wide scope of characters, but here Lyonne plays the naive and often airheaded cheerleader to perfection. Her dialogue skills are put to good use, but her facial expressions win this one for her. The blank stare she has when looks at other girls is priceless and her look of total boredom with her boyfriend adds a lot to the role. I was skeptical about her being able to play this type of role, but she comes through in fine form.

The film is about as low budget as they come and I remember not being too impressed with the way it looked on DVD. Time has passed and we’ve been graced with a new 1.85:1 AVC HD encode. This means a few small print flaws emerge and the image reflects some grain, but this transfer still looks terrific. The colors are super juiced in this one and I was pleased that even with all the pink and red hues, no traces of bleeding could be found. The flesh tones are warm and consistent also, which is vital to this movie as well. The contrast is good also, with high detail level although some darker scenes do harbor some minor graininess. All in all, a major improvement over what was previously available.

You don’t need a lot of power with this film, so the included DTS HD Master Audio 2.0 surround track is more than acceptable. I didn’t detect much in terms of directional use or anything, but the music sounded better than I expected. Not as rich as a full 5.1 track could be, but still a nice overall soundtrack. The sound effects are minimal in punch, but that’s how it should be for this movie. The effects sound distinct and clean, which is all I could ask for in this case. The dialogue is crisp at all times, no clarity or volume problems arise in the least.

There are those films that stand the test of time and there are those that are ahead of it. This is one of the latter. This film is relevant in so many ways perhaps more now than it was when released. The video and audio have been improved and some new features added making this one to pick up. 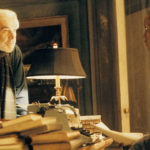 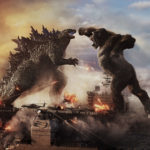