A woman who calls herself Garance (Arletty) is a beautiful creature who works as an actress, but is also a well-known and liked person in the private world. As is to expected, many men find themselves quite taken with her, but four of these man stand out as prime candidates for her affections. There is Lacenaire the cunning thief, the wealthy Count Eduard of Monteray, and Frederick the pompous actor, but perhaps the most noteworthy of Garance’s suitors is Baptiste (Jean-Louis Barrault). He is a theater mime and while he is not famous in the basic sense, he is known and very skilled, so he has a bright future, to be sure. After a chance encounter during a theft accusation, Baptiste and Garance have a moment or two, but then go in their own directions toward other destinations. Garance winds up in trouble thanks to Lacenaire and takes shelter with Count Eduard, while Baptiste endures a loveless marriage to Nathalie, a troupe actress. But fate pulls the two back together when Baptiste becomes a star and Garance plans to rekindle things, but little does she grasp how much will change in the process…

If ever a motion picture lived up to the standards of The Criterion Collection, Children of Paradise would be it and as such, it is a real treat to have such a lush two disc treatment. I would say without question that this film is a timeless classic, one that will remain powerful and effective forever, because of the artistic value and overall impact involved. The visuals alone are enough to rank the picture among the best in cinema, with beautiful images that burn themselves into our memories, never to be removed. As the movie deals with art and performances, the material lends itself to being visually dynamic, so the craftsmanship simply enhances it all that much more. But this not a film that focuses on style and leaves out substance, as Children of Paradise is an emotional, powerful film that stays with you long after the final scene has passed. It shows us this incredible world filled with all these interesting people and events, then narrows down to focus on a few individuals, but never lets us lose sight of the world in which they live. I simply cannot recommend this cinematic classic enough, so if you’re even the slightest bit interested, this two disc set is well worth the cost involved, so don’t miss this one.

A film like Children of Paradise takes an immense amount of vision and as such, Marcel Carne deserves endless praise for his direction here. Carne had directed a few features prior to this one, but I doubt any were made under the same circumstances, as this was shot in a most unusual set of elements. The movie was made while Nazi forces controlled the area and in an effort to prove that French cinema could still endure, the Germans funded this picture and in addition to making the flick, the filmmakers also used those funds for other purposes. As the film was shot, secret meetings were held, Nazi opposition squads were housed & fed, and all sorts of other activities, all using Nazi funds, kind of cool, I think. Carne ties together all the elements in Children of Paradise and that is impressive, as this is the kind of movie that if one string were to come loose, the entire project could have unraveled. Other films directed by Carne include The Adultress, Law Breakers, The Bible, Wasteland, and Youthful Sinners.

This movie has been out in standard DVD for quite some time, though for this Blu-ray debut, the film has been restored with a brand new 4K process.  Sounds impressive, doesn’t it?  Unfortunately the end product isn’t quite what we’d hoped for.  The image still looks a bit flat and understandably dated.  Detail isn’t what I thought it would be and some of the scenes are just downright dirty.  I realize that the film came out in 1945 and there’s only so much that can be done, but this just isn’t that great of an image.  I don’t fault Criterion as their work has always been top notch.  Shadows and contrast seem a bit off as well.

The audio is a different story and, again, there’s only one track offered up here which is the French LPCM 1.0 track.  Optional English subtitles are avaialable in case your French isn’t up to par.  Filtering out the actual dialogue, the sound is a bit clearer than the previous standard DVD, the occasional “hiss” creeps in, but it’s not that big of a distraction.  There’s not a lot going on here in the audio department mainly because only one channel is used.  It’s a bit more satisfying than the look of the film, but not much.  Still, a good effort.

Those who have seen this on standard DVD will be relieved to know that the movie is now on one disc (as opposed to two with the standard version).  Having said that, the same supplements are present and we start out with an audio commentary.  but each has a different speaker and in the process, we’re shown double the perspective and information. Comments from film scholar Brian Stonehill adn Charles Affron, both of whom have a lot of knowledge to draw upon in their sessions. As usual for Criterion sessions, the speakers are more technical than most commentaries, but never become dull and thanks to their immense knowledge, a ton of information is passed along in these sessions. This release also includes an introduction from Terry Gilliam, a restoration demonstration, some talent files, a selection of production stills, Jacques Prevert’s film treatment, a gallery of production designs, and the film’s U.S. theatrical trailer, which amounts to a nice array of bonus materials.  A couple of new features have been added, notably “The Look of Children of Paradise”, a new visual essay on the design of the film by writer Paul Ryan.  There are some sketches by the creative team as well.  The “Restoration Demonstration” is interesting as well as we get a look at the efort for Pathe’s 4K restoration of the film. 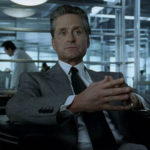