I have no idea how the human mind decides some things are important and others not so much. But I can remember with pinpoint accuracy when I first hears about Kevin Smith’s Clerks. I was watching MTV News (this is long before MTV started playing reruns of reality TV shows all day and actually had music videos) and Tabitha Soren did a segment on an independent filmmaker by the name of Kevin Smith. There was an interview, Smith was plugging his film and we learned that he’d sold his comic collection, maxed out his credit cards all to make this movie. It worked. The movie did well enough financially that it caught the attention of some studios. Smith followed up his success of 1994’s Clerks the next year with the critically-panned Mallrats. Suffice it to say the last few decades have been somewhat kind to Smith. He’s done some mainstream films, but has stuck to his independent roots for quite some time. In 2006 he made Clerks II, a film which I’ll probably need to watch again and now in his “older and wiser” years, we’ve got Clerks III. Are we even supposed to be here today? Let’s get started.

Dante (Brian O’Halloran) is depressed. Moreso than ever, actually. He’s still stuck behind the counter at the Quick Stop with Randal (Jeff Anderson) who own the place now, but they’re still doing the same thing they’ve done for decades. It’s Randal who starts pondering his life after a near fatal heart attack while in the store. Feeling his lack of accomplishments, he vows to make a movie about working in a convenience store. In essence, he’s making Clerks. We see some familiar faces, like Jay (Jason Mewes) and Silent Bob (Kevin Smith), the two standout characters from the “Viewaskewverse.” If you don’t know what that is or means, educate yourself.

That’s really all there is to it. It’s not that cryptic when it comes to plot and I think we can all see the inspiration for this movie and the events depicted within. Smith himself suffered a near fatal heart attack while performing on stage back in 2018. He wisely called the paramedics who saved his life. Yes folks, even Silent Bob is human. But it’s things like that which have made Smith’s films fun to watch…they’re personal. He’s not afraid to put elements of his own life in his work and people relate to that. Or at least I do. As I alluded to earlier, I wasn’t much of a fan of Clerks II – mainly because I felt the original wasn’t one that merited a sequel. But with this third (final?) installment, it’s good to get back to the roots of the Viewaskewuniverse and see where it all began. Again.

It’s a bit odd to praise how good this looks after you watch the original. Clerks was shot on a 16mm video camera in black and white as helped keep the cost of the movie down. Flash forward nearly three decades and we’ve got Clerks III looking marvelous in a 1.90:1 AVC HD transfer. Admittedly I’d always wanted to see what Clerks would look like if filmed in color, but this is the next best thing. Our actors have aged a few decades, but a few grey (and less) hairs aside – the film excels with vidid colors, razor sharp detail and an overall nice thematic look and feel to it. Likely fans of the franchise won’t mind what it looks like, but this one fits the bill when it comes to new films on Blu-ray.

I should probably fact check myself, but I’ll go on a limb and say that Clerks had a mono soundtrack. If I’m wrong, then it most likely sounded like one. This isn’t the case with Clerks III. We’ve got a Dolby Atmos mix. Yes, you read that right – a Dolby Atmos mix for a movie in the Clerks franchise. What’s the world coming to? Kidding aside, this really is a pretty decent-sounding mix. Vocals are pure and crisp, we get to hear every ounce of profanity from opening scene to closing. Surrounds are surprisingly active as well. It’s got my head spinning that we have this movie complete with a Dolby Atmos mix, but here it is. And it rocks.

Clerks III is nothing mind-blowing, but it’s nice to see the gang back together. In a way, many of us have grown up with these characters. The film has a nice, central theme inspired by the events in Smith’s life. But for the rest of us, it’s another entry into the Clerks franchise. And that’s a good thing. 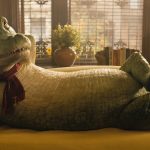 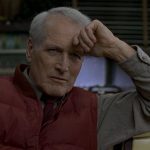