Close Encounters of the Third Kind is a film that Steven Spielberg has claimed he would never make today.  Viewing it now, though, through the prism of 40 subsequent years of film history, it’s undeniably clear that no one ever really made films like Close Encounters at all, either before or since.  One could be forgiven for mistaking the movie for a simple science-fiction story about humans’ first contact with an alien species.  And, to be sure, it is that.  And yet, it’s also a fascinating character study about the destructive consequences of personal obsession.  It’s a horror film about a child’s abduction, straight from his mother’s arms by unseen forces, and her journey to get him back.  It’s a family drama about a marriage falling apart due to one partner’s mental issues.  It’s a scientific mystery about long-lost vessels appearing in deserts across the world.  It’s a love story about two people who only need to know they share one thing in common to fully connect with one another.  It’s an adventure tale about uncovering a governmental conspiracy.  There are even small traces of a chase film built in toward the climactic ascent up Devil’s Tower.

If there was ever a film more difficult to distill and easily classify than Close Encounters, I’d be hard-pressed to tell you what it was.  So it’s likely an easy (or lazy) solution to just label it a sci-fi film about UFO’s and call it a day when, quite clearly, so much more is going on.  What strikes me most in viewing the film four decades on is how incredibly ambitious Close Encounters is – most especially, but certainly not merely, for its time.  That each of the story threads I’ve detailed above somehow manage to meld together into anything resembling a cohesive narrative is near-miraculous – a fact that has greatly enhanced my appreciation of the film as time has gone by.  I recall being slightly underwhelmed by the movie upon first seeing it (in the mid 1980’s on VHS, in Special Edition form), and over the years, it’s been tough to shake that initial feeling that this really wasn’t the effects-laden space film I’d built up in my mind beforehand.  In hindsight, the film I had in mind would have been far more generic – and far more boring – than the one Spielberg wound up creating.

While Close Encounters isn’t a movie that I personally choose to revisit all that often, showing it to someone who’s never seen it never ceases to remind me why it deserves a place of honor in my collection.  It manages to be both classically paced and modernly composed, the amazing model-based effects hold up incredibly well even to this day, the acting is terrific across the board, John Williams’s score is (of course) wonderful and timeless, and the twists and turns in the story are both interesting and engrossing. This is truly one of those movies that audiences get immediately sucked into until they simply must know where it will take them next.  That’s high praise for any film, let alone one that’s been around as long as the original Star Wars.  While it’s all-too-often left out of best-of lists from the director, sandwiched between the blockbuster juggernauts of Jaws and Raiders of the Lost Ark, I’ve always felt that Close Encounters was the whimsical, starry-eyed, madly experimental film that Steven Spielberg knew he could only get away with making at that exact point in his career.  It’s his love letter to imagination, innovation, and the childlike abandon as a filmmaker he so clearly possessed in abundance.  It’s a glorious, awe-inspiring picture that still has that rarest of capacities to make us believe.

I was fortunate enough to take in the new 40th Anniversary remaster of Close Encounters at a Dolby Theater earlier this month.  And while that experience made me grin from ear to ear with nostalgia, I must say, it pales in comparison to the presentation on Sony’s new 4K UHD disc.  This is a gorgeous presentation that, frankly, I wasn’t prepared to get on this release.  I’d seen some early screen comparisons between the 2007 Blu-ray and the 2017 remastered Blu-ray (which is included alongside the 4K disc), and I found them to be a rather mixed bag.  Well, let me tell you, the 4K UHD disc is absolutely stunning, and it alleviates every misgiving I had about those comparison shots.  If you’re a fan of this film, you simply won’t be able to go back to 1080p after seeing it this way.  Blacks are wonderfully deep and inky.  Grain can get a tad heavy at times, but is always expertly defined and appropriate for the film’s vintage (to be clear, it’s far better handled here than on the 2007 disc, which looks digitally sharpened, lightened, and more artificial overall by direct comparison).  Don’t be fooled by online shots of the new Blu-ray looking overly soft – not only is the new release far more filmic and natural, but the 4K boosts the detail level considerably.  This is not a subtle improvement, but a dramatic one.  But the real MVP here is the HDR.  Wow, there are some amazingly bright colors in this movie!  The abduction scene alone is, I think, one of the best UHD demo scenes I’ve ever seen.  Finally, the vibrant reds coming in from the keyhole and (gasp) the open door convey the appropriate sense of awe and danger.  The opening blinds cast an unearthly, blinding light inside (rather than just appearing as a light offstage as it did before).  The ship descending on the other side of the slats in the kitchen is truly terrifying to behold.  Spielberg’s use of color is nothing short of astounding to see.  I really can’t recommend this new 4K remaster more highly to fans – you’ll be blown away.*

*One very small personal caveat: the film’s original burned-in subtitles for LaCombe’s French dialogue have, for the first time, been excised in favor of player-generated text.  I really hate to see those original subtitles go; they’ve been there for 40 years, and the new ones really can’t help but stand out.

This is, perhaps, the one area of slight disappointment on this release.  I say slight because, just a year or two ago, a DTS-HD MA 5.1 track was top of the line, and nothing to sneeze at.  These days, however, your UHD disc had better come with an object-based Atmos or DTS-X upgrade or else risk facing the wrath of early adopters.  Rumor has it that Spielberg was given the option of creating an object-based mix and chose to stick to a more “purist” sound mix.  Whatever the reasoning, some fans may grumble at the exclusion of a sound mix that takes full advantage of today’s technology.  That’s not to say that the DTS-HD track is a bad one.  On the contrary, Close Encounters is about as much of a showcase as it ever was for your surround system…which is to say, quite.  Your subwoofers will need a vacation after this one, folks.  Dialogue comes through crisp and clean, and ships whoosh by during the film’s climax with a terrific sense of directionality.  Sony has, oddly, also opted to change the sound here from 24bit DTS-HD (on the 2007 Blu-ray) down to 16bit, but to be honest, I did a few A/B comparisons with the earlier version and, at least on my equipment, I couldn’t hear a lick of difference between the two.

The first two supplements are new to this release.  They’re not incredibly meaty, and I’d still argue that the main selling point here is the stellar new presentation of the main feature.  On the other hand, it’s nice to see Sony make an effort to provide something for people who’ve purchased the film before.  The remaining extras are held over from the 30th Anniversary Blu-ray edition.  Also worthy of note to those on the fence, Sony has (quite wisely) made sure that ALL THREE VERSIONS of the film are selectable in full 4K!  This is the only proper way to do a release of a film of this caliber (and it does make me wish that Warner could have done the same with Blade Runner).  Also important, the few technical glitches (missing lines of dialogue / a momentary music overlap) that fans had noticed on the prior Blu-ray’s seamless branching have finally been fixed for this new edition.

Close Encounters of the Third Kind is a movie that I was admittedly a bit indifferent toward growing up.  As time has passed, though, I’ve learned to love and greatly admire it, both as entertainment and artistic achievement.  As a critic, I can’t help but appreciate its ability to captivate new viewers and hold up narratively, weaving its multitude of facets effortlessly, even after four decades.  I recently showed the film to my 11-year-old son for the first time.  At around 90 minutes in, he turned to me, genuinely surprised, and said “you know, daddy, this is a pretty good movie”.  This was coming from a kid with virtually no attention span.  I can’t think of a more emphatic endorsement of Spielbergian magic than that.  Who is this adult to argue?  Very highly recommended. 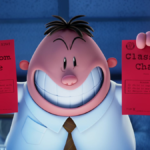 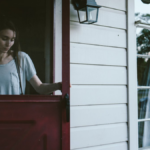