Producer, writer and director J.J. Abrams is just about everywhere these days. Fans of Abrams no doubt recognize him from television’s Lost and before that with Alias. Abrams helmed the third part of the “Mission: Impossible” movie line with great results as well. With all of that on his resume, Abrams sought out to produce a new age horror movie, one that is somewhat of the equivalent of Godzilla for the United States. And so we now have Cloverfield, a rather interesting take on the so-called monster movie and one with limitless possibilities when you really sit down and think about it. Abrams did not write nor direct the movie, that would fall into the hands of Drew Goddard and Matt Reeves respectively but names aside, Cloverfield is all about the fun. And what is the obsession with destroying the Statue of Liberty? In Independence Day we see it face down in the water and here we see her head used as somewhat of a bowling ball. That’s just…wrong!

The film starts off very unassuming. We meet Rob (Michael-Stahl David) is about to accept a huge promotion that will lead him to Tokyo. A large group of Rob’s friends have gathered to send him off and the party if documented by his wise-cracking friend, Hud (T.J. Miller). Things are going along just fine, though Rob seeks closure from his ex-girlfriend, Beth (Odette Yustman), who’s shown up with her new boyfriend. All of this comes to a halt, however, when they feel what can only be described as an earthquake. From there, they see a building explode, helicopters arrive on the scene and before they know it, it seems like the end of the world has arrived. Now here’s where it gets good. We follow a small group of party-goers as they try and escape Manhattan, only to see friends and family members killed. Eventually we’re left with a group of four as they attempt to get out alive and all the while Rob is determined to rescue Beth, though he’s not sure where she is or if she’s even alive.

I won’t divulge too much about what actually causes the destruction of the Big Apple, but let’s just say that my earlier comment about Godzilla does have a purpose. What’s unique about the movie is the way in which we see it. We literally see it through the eyes of a camera and from Hud’s point of view (we actually see on a featurette that it’s not actually Hud doing the filming, but for all intents and purposes it’s him). This brings us more into the action and gives the movie a more Blair Witch Project look and feel to it. Unlike I Am Legend, the streets of New York weren’t used all that much and with good reason, as a good portion of Manhattan ends up in ruins before the closing credits run. There’s actually already talk of a sequel and why not? We could see the same movie from literally a million points of view. While Cloverfield isn’t the scariest movie out there, it’s interesting and intriguing enough to check out, for sure.

I said in my original Blu-ray review that “…Cloverfield is shot in a very unique way in that we see the movie through a DV camera”. That’s true, but we now call this kind of film “found footage.” Cloverfield wasn’t the first film to showcase this, but it was arguably one of the most successful. Other films of the time like Paranormal Activity and Chronicle also relied on this technique. Having said that, this is the release of the film on 4K and we expect a bit more than the previously-released Blu-ray. And we get it. Sort of. There’s only so much you can do with a “found footage” movie. Yes, the print has been cleaned up, the blacks are more, well, black. The detail looks a bit sharper and in general it just looks a few notches better. The included 1.78:1 HEVC 4K image still pales in comparison to some other 4K titles, but compared to what it has looked like, it’s an improvement.

What’s pretty disappointing here is the lack of a Dolby Atmos soundtrack. Not that the included Dolby TrueHD mix is bad, not by any means. But you’d assume that with the passage of time and the marketing to sell this movie again, it’d offer an upgrade in sound. You’d be mistaken. That said, the sound of buildings being tossed around will sounds about as good as can be imagined. The sound stage is multi-directional in that the camera shakes and we don’t really know where sounds are coming from. The dialogue tends to go in and out, though when we consider the source, it does make sense as we’re seeing what a camera is supposed to see and record. There are some great-sounding scenes, mainly at the ending of the film, that really give some added “oomph” to the soundtrack as a whole.

Sadly this pseudo 10th anniversary 4K version has no new extras, just the same ones ported over from the previously-released Blu-ray (also included). The lone feature on the 4K disc is the commentary by director Matt Reeves.

Cloverfield was and still is a blast to watch. The “found footage” genre has kind of run its course (thankfully), but it really works here. Ten years later, the movie still manages to impress and entertain. Paramount’s 4K presentation looks better, but the lack of a next generation soundtrack or any new features are somewhat disappointing. This one is for the true fans. 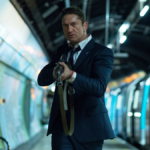 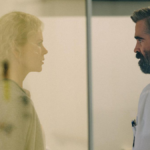