Widely criticized upon its arrival in theaters, Color of Night gained something of a cult status on Video as well as having the single best sex scene, at least according to Maxim Magazine. From my understanding, the Theatrical Cut has never found its way onto Home Video until now. The widely available Director’s Cut (which is included here as well) was the one that was released. This was largely because of the behind the scenes which ultimately allowed Director Richard Rush to have his version released on Home Video. My dad was always a huge fan of this film. He has a very particular taste, and usually enjoys films that the majority of people tend to dislike. It had been some times since I last saw Night and I had forgotten the twist at the end. It’s a unique one for sure. Despite the film’s reputation, even winning a Razzie for worst picture of 1994, I still think it has its merits. For one, star Jane March spends on awful lot of time in her birthday suit. It’s the kind of film that we simply don’t see anymore. I find it flawed, but it was nice revisiting it after all this time. Let’s take a look at what we can expect.

Bruce Willis stars as Dr. Bill Capa, a New York psychiatrist who loses his ability to see the color red. This comes after one of his patients commits suicide right before his eyes as she jumps to her death from his office window. This leads him to take some time off and travel to Los Angeles to visit his therapist friend, Dr. Bob Moore (Scott Bakula). Bill sits in on a group therapy session with his friend, and offers his feedback on some of the patients later on as he and Bob are driving. Bob mentions that he has been getting some death threats lately. This explains why his house has such a high-tech security system. Before long, Bob is murdered and Bill is now considered a suspect. This brings Lt. Hector Martinez (Ruben Blades) into the picture. He’s sort of the comic relief to the more serious nature of the rest of the film. One day Bill is rear ended by Rose (Jane March) with whom he ultimately begins an affair. Meanwhile, Bill takes over the therapy group as he’s also trying to figure out who murdered his friend. The group itself has some colorful characters, and they add a bit of humor to the film as well. One especially is a character who suffers from OCD as well as a nymphomaniac and a suicidal Ex-cop. This is all in favor of keeping us in the dark as to who the killer is. I must say that the film does a good job at keeping us guessing as well. If you haven’t seen the film, be prepared for quite the surprise. I can’t say that I saw it coming. I even forgot the twist since it’s been some time since I last saw the film.

I mentioned that this is the first time (to my knowledge) that Theatrical Cut has been made available on Home Video. I watched both versions, but still think I prefer the Director’s cut. I didn’t do a direct comparison, but it will be the one I watch from here on out. There are many ways one can view this film. I even heard that it’s actually a comedy, but I suppose it’s open to interpretation. It’s not a great film and I’m sure Bruce Willis would rather forget it, but I still feel it has its pros. Either way, it’s great having in this set that includes both cuts and two great commentary tracks.

With both cuts of the film having their own disc, the transfers really have room to breathe. Both versions look quite nice and have been cleaned up considerably. There are only a few instances of grain, but otherwise all the details are strong. The image (for both cuts) is AVC encoded with a 2.35:1 ratio. Textures and details on facial features and clothing are all heightened here. All things considered, the transfers do justice for the film.

We can choose from 5.1 and 2.0 tracks. I opted for the former and the results were as I expected, but that’s a good thing. Vocals are clear and fine, but the action scenes and louder moments dominate and really draw us in. There’s a strong sense of environment as it helps bring us into this world. Fans should be pleased with the results here.

Fans of Color of Night (and you know who you are) will be more than pleased with this set. Not only do you get both cuts of the film, each on their own disc, but you get two great commentary tracks. The film is hard to defend on some levels, but it certainly has its merits. I do wish some interviews or a retrospective were included, but the commentaries and having both cuts of the film are nice additions. Recommended for fans of the film. 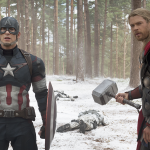 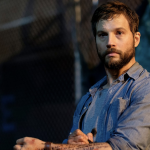