I enjoy watching football but have never played. Why? It never appealed to me to put on pads and get tackled by someone who’s out to get me for no reason. That said, I played hockey, a sport in which it might be argued is even more dangerous. Then again I’ve never been one for consistency. And I can’t help but chuckle about the Sony emails that were released a few years ago. It would seem that they’re still relevant today and the movie in question, Concussion, is not immune. You see, you don’t mess with the NFL. As a character in the film says “…they own a day of the week.” It’s true. They do. Reportedly even with the clout that Will Smith has and the studio, Sony, which probably has about ten times the amount of money that the NFL has, “softened” the film to placate the league. Here’s the article that explains it. Admittedly I wasn’t too familiar with the players in the movie, but anything based off real-life events is easily searched and the movie seems quite factual. And who in their right mind doesn’t think that 250 pound men running at top speed and hitting one another in the head won’t eventually have a bearing on one person’s health?  Well, evidently the NFL does…

Dr. Bennett Omalu (Will Smith) is a well-educated physician. He’s the pathologist in Pittsburgh who has a rather unique way of performing autopsies. This rubs his boss the wrong way, but Omalu is good at his job. When Pittsburgh legend “Iron” Mike Webster (David Morse) dies, Omalu performs the autopsy. Oman suspects that Webster’s years of football have tainted his brain and have thus led him to commit suicide. Using his own funds, Omalu conducts a series of tests that confirm his hypothesis. Together with his boss, noted Pathologist Cyril Hecht (Albert Brooks) and Dr. Julian Bailes (Alec Baldwin), they make a case that football is to blame. Of course the NFL will never admit that their sport is dangerous and the witch hunt is on. Omalu now faces the choice to turn away and act like none of this happened, or follow his belief so that this condition can be treated and diagnosed. What to do?

Concussion sat on my “to be reviewed” pile for about a week. I don’t know why I didn’t pop it in the player sooner as I really enjoyed the film. I think Will Smith’s performances should have merited him an Oscar nod (and evidently, so does he) but that aside – I feel the movie did have an impact (pardon the obvious pun). With such a noted actor like Smith in the lead role, I found myself getting lost in his performance. Initially I kept waiting for him to bust out with “Awww, awwww. It’s all good!” But no, he embodies Bennett Omalu from beginning to end. The ensemble cast has several familiar faces with Albert Brooks and Alec Baldwin in strong supporting roles. Paul Reiser and Luke Wilson have small, but memorable appearances as well. I’m willing to bet that the average football fan doesn’t really care if their heroes suffer from CTE (the medical term for what these players were diagnosed with), but word has it that the NFL is now re-evaluating their policy after a blatant cover up only years ago. When a movie can have that sort of impact (again, my apologies about the pun), that’s saying something.

Concussion arrives on Blu-ray in a stunning 2.40:1 AVC HD image. Sony’s films seem to really embody the Blu-ray format and maybe that’s just me saying that since they, well, invented it. Hmmm…food for thought. This isn’t the most colorful movie – most of the shots are of overcast skies, interior doctor’s offices (a pathology lab) and nighttime shots. Still, I was amazed at the level of detail. The close up on Will Smith’s face in which you can see the pores on his cheek. We can see the fine grey streaks in Alec Baldwin’s hair and his ever-growing crow’s feet around his eyes. There are a lot of razor sharp shots of the Pittsburgh skyline and we get a few glimpses of Heinz field. While opinions on the movie may vary, one thing is for sure – this is a very good-looking picture.

Though this could be considered a football movie, don’t expect to see many plays run. We’re limited to some archived ESPN footage (the movie takes place around 2002) which leaves out the “thuds.” Vocals are crystal clear, Smith’s Nigerian accent, from what I can tell, is spot on. Though the surrounds are used sparingly, they do add a bit of emphasis to a few key moments in the film. There’s a night club scene that sounds halfway decent, but the front stage shoulders the burden of most of the audio. It’s a very subdued, yet powerful, track.

Concussion was probably supposed to do more business than it did and it was supposed to be nominated for more awards than it was. Still, I found it intriguing and entertaining with Will Smith delivering one of his best performances.  It’s clear that this film hit a nerve with a few “powers that be” as evidenced by the Sony emails. The Blu-ray is reference-quality in terms of video with above average audio. That, coupled with a decent amount of supplements, make for a strong recommendation. 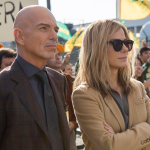 Our Brand is Crisis (Blu-ray)
Next Article 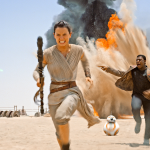