One of the few surprises this past fall, Creed breathes a bit of fresh life in a tired franchise. Shifting the focus away from Rocky Balboa and putting it on the title character this time. Adonis Creed (Michael B. Jordan) is the son of the late Apollo Creed, a former rival and friend to Rocky. The story begins in 1998 with a young Adonis in a youth facility where he gets involved in a fight. He’s visited by a woman who takes him in and informs him who his father was. We then flash forward to present day where Adonis is working at an office job. He submits his two weeks’ notice just after receiving a promotion, stating that the office life just isn’t for him. Clearly, he just wants to be a fighter. Adonis’s biological mother has obvious problems with him taking this direction with his life, but he refuses to listen to her. He then travels to Philadelphia where he meets Rocky Balboa (Sylvester Stallone). Creed would like to have Rocky train him, but he refuses at first. Rocky learns of him being Creed’s son, but still advises him to choose another path for his life. Still, he eventually agrees.

I was perfectly content with Rocky Balboa, and feel fine had this series ended there, but apparently they felt there was still life in this series.

As mentioned earlier, the focus is on Creed, and that becomes a good thing. Rocky is well past his prime and those stories have been told. While Creed is far from original, it at least attempts to put a new twist on an old classic. We get the usual training scenes, the obligatory villain, and the running through the streets. As they’re training one day, Rocky falls ill. He’s diagnosed with Lymphoma, but refuses to undergo chemotherapy. This adds an emotional arc to the film. For the most part, Creed is successful in reviving a series that was long thought to be over, but it’s not without a few issues. For one, the film is just too long. There are a handful of scenes that could’ve used some trimming. It’s never boring, but tends to drag in a few scenes. I’m also not entirely convinced it needed the romantic angle, either. Tessa Thompson plays Bianca, she lives in the same building where Creed stays. She plays her music loud one night and Creed asks her to turn it down. They go out to eat one night and eventually hit it off. It’s not that this hurts the film, but it tends to take away from Creed and his eventual fight with Ricky Conlan (Tony Bellew).  Conlan is a worthy opponent to Creed, even if the role doesn’t break any new ground. Overall, Creed has enough going for it to earn a recommendation. The film has enough humor and heart to satisfy fans of this series.

It’s odd to think that a Rocky Balboa movie has been made in the last five decades and each one seems to have its own look and feel. The newest entry certainly looks the part with its gritty, yet serene 2.40:1 AVC HD encoded transfer. While the movie on the whole looks razor sharp, there’s enough naturalistic grain in it to give it a gritty look and feel (only in a few sequences). That’s ok though, boxing movies need to have that edge to them and I don’t think I’ve seen one in recent years that is the epitome of perfection. If you’ve seen a boxing film or, more to the point, a Rocky movie, then you’ll know what to expect – bleeding cuts, oiled up muscles that many of us will never possess and the stark white floor of the boxing ring. It’s a nice, solid-looking transfer that looks great.

By and large, the sounds you’ll hear in a movie like this are all about the punches. I remember watching the Rocky films and hearing the “thud” and “pop” every time Rocky would hit an opponent (or they he). That’s a little more subdued with this installment, but it’s nonetheless effective. Stallone has never been the most articulate actor out there, and playing Rocky Balboa once again seems to have given him reason to mumble even more. That’s ok, though, we expect it. Vocals (other than Stallone’s), are strong and well-centered. Surrounds take control in a few scenes and make the boxing scenes really come to life giving the viewer a dizzying, 360 degree experience. The DTS HD Master Audio, wait for it, pulls no punches here!

I don’t think anyone could’ve predicted that Creed would be the hit with audiences and critics when it arrived in theaters late last fall. The film puts a new twist on a classic story and features strong performances all around. While the romantic angle feels a bit like filler, it doesn’t detract from the film too much. Recommended. 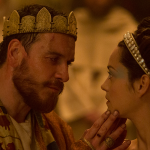 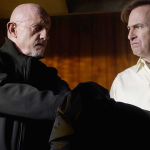