I admit that I did enjoy the first three Child’s Play films, but grew rather tired of them from the 4th film, Bride of Chucky which took a more comedic route. I don’t mind shaking things up a bit, but I just preferred the more horror tone of the first three. That and there’s really so much you can do with a possessed doll. Here we are currently with Cult of Chucky, the 7th film in the series and also the second one to bypass a theatrical release. Ultimately I think one can go without the film and not miss much, but it’s still the best since the third film. That’s not saying much, but at least this one drops the comedic elements a bit. It’s just a bit too slow going for my liking and keeps Chucky off screen for large portions of the film, especially in the first half.

It’s important to note that this film expects the viewers to have prior knowledge of the 6 previous films. It’s been some time since I’ve seen a Chucky film, but I was able to follow along rather easily. As the film begins we see Andy Barclay (Alex Vincent, reprising his role) on a blind date. We learn that the girl ran a background check and knows of Andy’s rough history. Needless to say, the date doesn’t last very long. We follow Andy back to his home where he has Chucky’s severed head nailed to a board. Chucky teases him a bit until Andy brings out a blowtorch and does away with Chucky. Or does he?  We then find Nica Pierce (Fiona Dourif) in a mental asylum. She is a returning character from the previous film, Curse of Chucky who was then arrested. She was arrested for multiple murders, but they were caused by Chucky. Admittedly, the first half hour or so of the film takes quite some time to get moving. I was never entirely bored by it, but expected a bit more of a jolt. There are some amusing moments from some side characters, but Chucky is largely vacant from this first half. After a “Good Guy” doll is introduced to the therapy group, there are some murders. Nica then realizes she needs Andy’s help to try and stop Chucky once and for all.

Jennifer Tilly returns for this outing as well. There are some good and appropriately gross kills, but I just couldn’t bring myself to care much about anything here. While I do think it outshines the previous three sequels, that’s because I really didn’t care for those at all. We are given a more psychological approach to things here, which is a fresh angle, but I just prefer the simplicity of the early three films. There are things to enjoy here, but I think they need to go back to square one for the next Chucky outing.

We get a surprisingly good transfer here. The film is set largely in one location, so it’s not exactly the most visual film, but what we get is rather good here. Details are strong and there are nice and bold colors throughout. Of course we get the usual blood splatter which is also seen in all its glory. The image is AVC encoded with a 1.78:1 ratio.

Audio is also strong and atmospheric. The DTS HD track has a good range to it and puts us right in the middle of the action here. Vocals are also clear with no obvious issues. The action scenes keep us with it throughout. There’s a lot of rear channel action as well. Fans will be pleased.

I did enjoy parts of Cult of Chucky, but otherwise I was mostly bored with it. Hardcore fans of the series (who this is obviously made for) will get more out of it I’m sure. I do wonder if even they will enjoy it as the film just kind of exists. I hope the next outing will keep things simple and focus on the scares. 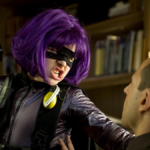 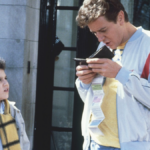