I remember watching the 2007 Academy Awards where Will Ferrell was doing a bit. He was going through the audience and pointing out all of the A-listers and having a bit of fun at their expense. Ferrell then gets to Mark Whalberg and says (and I’m paraphrasing here) “Mark Wahlberg…you’re cool, I’ve got no problem with you.” It obviously set some wheels spinning in Hollywood as a few years later they were teamed in a movie called The Other Guys. And now, a few years later, we’ve got the same duo in Daddy’s Home, a film about a Dad versus a Step Dad. This is actually a bit personal to me as I am a step dad. It’s not easy. I’ve never really had the desire for biological children of my own and when I got married, I inherited two. Granted, they were 15 and 17 years old, so it’s not like I was changing diapers or anything, but nevertheless I was forced into the role of a parent – like it or not. A step parent, for all intents and purposes, has all of the responsibility of a biological parent, but lacking in obvious ways. And, again, it’s tough. I will never have the bond I have with my step sons that most biological parents will have and I’ve found there’s a constant line you have to tow. I could go on, but I think the point has sufficiently been made. Onto the movie!

Brad (Will Ferrell) is a loving stepfather to the two young children his wife, Sarah (Linda Cardellini), had with her ex-husband, Dusty (Mark Wahlberg). Brad embodies everything you’d expect from a man who’s an executive at a jazz radio station. He wears the tie, drives the dependable car, but does care deeply for his stepchildren – even taking an interest in their extracurricular activities. Enter Dusty, who thought a series of unfortunate events, ends up staying with Sarah and Brad. Dusty is the kind of Dad that every kid wants: he rides a motorcycle, has the slicked back hair, wears tattered jeans and is basically a “cool guy”. He’s the anti-Brad. The gist of the film and its jokes are essentially played out in the trailer, with both Brad and Dusty competing for the love of the kids. There’s a memorable skateboarding scene, a segment at the halftime of a basketball gamed and various other physically demanding antics that are played out to perfection with Ferrell and Wahlberg leading the way.

There’s an obvious chemistry with Will Ferrell and Mark Wahlberg and it proves that 2010’s The Other Guys was no joke. Their re-teaming here works as it should with Ferrell’s dry, straight-laced humor contrasting with Wahlberg’s deadpan style. But the film does take the high road and actually has a pretty sincere message within. While the supporting cast does a pretty good job, make no mistake that this is all the lead actors – this is their show in the most literal sense of the word. Yes, while I say they do take the “high road” with the overall message of the film, there are some fairly raunch scenes, so the little ones might be better off watching something else. While I actually enjoyed the film, I did prefer The Other Guys a bit more. It’s just got a bit more of that style that makes me stop the movie, laugh my ass off and then resume. Fans of Wahlberg and  Ferrell will certainly enjoy this, but there are other – better – efforts out there for both.

This was a bit of a surprise seeing that, well, I wouldn’t think a movie like this would benefit from a 4K offering. Then again, the sequel is being released at the same time, so I suppose it adds a bit more incentive if you’re trying to build a 4K library. That said, I felt a few of the scenes were a bit on the overcooked side, but by and large the image oozes of clarity, detail and color. Every ounce of Ferrell’s curly hair and Wahlberg’s slicked back mane are clearly visible. The 4K image seems rock solid throughout, with only one instance (towards the end) of a little movement in the background. It’s not a perfect transfer, but it’s darn close.

Comedies, by and large, aren’t really reference tracks. And surprisingly this sports a next generation DTS X track, though the DTS HD Master Audio track is typical of a slapstick comedy with some directional effects here and there. Vocals are pure and true. There aren’t a lot of examples of dynamic audio to crow about, mainly some loud party scenes as well as the antics of a physical comedy. I will say that the basketball scene did sound pretty good. Surrounds are present, but not actively used and I rarely felt myself even aware of their presence. All in all it’s a nice, consistent track, but nothing that’s really too impressive.

Both Ferrell and Wahlberg deliver the goods once again, though many (including myself) will attest that 2010’s The Other Guys is the superior film. The 4K isn’t exactly a “must have” but it both looks and sounds impressive and though the supplements aren’t too robust, do offer a bit more in terms of the movie itself. It’s a good, but not great, offering. 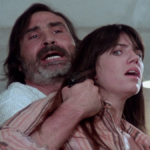 The Suspicious Death of a Minor (Blu-ray)
Next Article 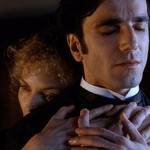