It’s kind of saddening that in our system the more money you have, the more you can get away with. This isn’t limited to large, faceless corporation either. No people get away with much more than simply polluting water. We’re talking lives. O.J. Simpson anyone? Bill Cosby? Harvey Weinstein? The list, sadly, goes on and on. But, in all practicality, the legal system (in the United States, anyway) is set up so that justice should and ultimately will prevail. Does it? I could prattle on about this forever, but what we’ve got in Dark Waters is torn straight from the headlines. I don’t follow class action lawsuits that often, but this is one I’ve heard of. And, oddly enough, my wife used to date a member of the DuPont family. Worlds collide! Let’s get started.

Robert Bilott (Mark Ruffalo) is an environmental lawyer used to defending chemical companies in court. When he’s approached by a West Virginia farmer, Wilbur Tennant (Bill Camp), it’s his assessment that his cattle are dying because of what DuPont is dumping into the nearby landfill. Tennant is a friend of Bilott’s grandmother so as a courtesy, he offers to pursue legal action to get DuPont to turn over some information about the contents of said landfill. It was Bilott’s intention to step away from the case, but it turns out that the chemical in question is used in Teflon (pots, pans, curling irons, etc.). And as he digs further there’s evidence that it might have contaminated the water system. Bilott’s boss (Tim Robbins) occasionally offers support, but it’s not long that it’s Bilott versus DuPont in a court of law.

This is scary stuff for a multitude of reasons. First, it’s true. Second, it shows that a corporation can essentially drag suits like this, bogging down the legal system simply because they have the financial resources to do so. This goes back to what I said above in that people in power seem to have a different set of standards applied to them. Everyone is great in their roles and I’d be remiss if I didn’t mention Anne Hathaway who plays Bilott’s wife. Yes, there’s the obligatory “you’re working too hard on this case, Robert!” scene and the A-HA moment where he finds just the bit of information he’s looking for and so on. Still, if these types of movies like this (Erin Brockovich, A Civil Action, Michael Clayton) about corporate whistleblowers are your thing, this one is right there with the best of them.

Generally speaking, films that take place in and around a courtroom aren’t going to be the ones that will delight you with an endless barrage of colors. Rather, they’re cold and corporate taking place in office buildings and inside dimly-lit courtrooms. And that’s what we get here. I’d assume that anyone watching this would know what to expect, but in case you don’t…Universal’s 2.39:1 AVC HD image is everything we’d want with a spot-on crystal clear picture, strong levels across the board and all the other usual caveats we’ve come to expect from a new to the format film. It looks good, but again it’s not something you’re going to use to show off how cool your 4K TV is.

Again, the genre of this film would dictate that it’s going to be dialogue-driven. And it is. Yes, there are moments that got the speakers churning, but by and large it’s a lot of talking heads inside a courtroom. The included DTS HD Master Audio track certainly delivers the goods here with sharp, clear vocals that resonate across the center channel. Some ambient effects give a few scenes a bit of depth, but by and large this is a by-the-book track that’s mainly limited to the front stage.

Led by Mark Ruffalo’s performance, Dark Waters is everything we’d expect it to be; namely a taut, legal thriller. Clearly it was expected to contend for some awards, bt that never happened. Still, for those that love legal thrillers based on true-life events then this is it. Universal’s disc looks and sounds good, though the extras are a bit thin. 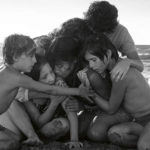 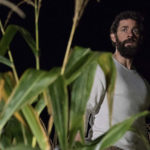