“When there’s no more room in hell, the dead will walk the earth.”

The original Dawn of the Dead stands as one of George Romero’s die-hard (pardon the pun) cult classics. And in the realm of “zombie” movies, there’s little competition to dispute that fact. But this is 2004 and we just re-make old classics because coming up with original story ideas is too hard. Only kidding. First time Zack Snyder actually hit the nail right on the head with his adaptation of Dawn of the Dead. I’ll be the first to admit that when it comes to movies like this, I usually tune out. If the movie had not been done before, I’d say that it was just trying to copy 28 Days Later in which London becomes overrun by zombies. Dawn of the Dead is less scary and more eerie when you really think what’s happening. The chain reaction in which an epidemic can spread (in this case, the dead killing the living and thus becoming the “living dead”) is what is most disturbing.

The plot is fairly simple and straight forward and the expanded prologue serves to introduce us to the main character of Ana (Sarah Polley). Ana’s a nurse and she’s worked a long shift. She comes home to her suburban Milwaukee home for “date night” with her lover. She awakens the next morning to her neighbor’s child who promptly kills her lover, only to have him turn into a flesh-eating zombie. Ana manages to escape and runs into Kenneth (Ving Rhames), a police officer who has also managed to stay alive throughout the morning. They meet up with a group of three (who we learn was a group of eight earlier in the day) and manage to make it to the shopping mall – which is, of course, closed. Now this is where things get interesting. This group meets up with three mall security officers (who take their jobs a little too seriously), who have made the mall into their “Alamo” so to speak. The leader, C.J. (Michael Kelly) borders on the insane, but once he’s made his point clear (that he wants to live), they start to understand. Naturally, these people can’t live in the mall forever and the zombies seem to all be flocking to the mall parking lot for some reason. They must escape before they all end up dead…or worse.

The premise is simple, and the tagline really says it all “when there’s no more room in hell, the dead will walk the Earth”. There’s really no back plot to the story, things just start to happen and take their course. We don’t know if the phenomenon is relegated to the Milwaukee area, the United States or the world (we assume the world) and if there is any safe haven for our heroes. While this differs from the original version, there are some different aspects to both. I enjoyed the original more as it had more of a unique feel to it. But I’d have to say that for a first-time director; Snyder has done pretty good work here (even casting himself in a few different small parts). This version reviewed is the “Director’s Cut” which contains some 9 minutes of extended and deleted scenes edited back into the movie. Gross? Bloody? Yes. For a good double feature, watch this and Danny Boyle’s 28 Days Later for a zombie fest (and interestingly enough, the word “zombie” is never used in this movie). Recommended.

Ownership of this has switched from Universal to Shout!Factory (or maybe they just acquired the rights for this release, I have no idea). But here’s what I do know – they’ve done a new 2K transfer for both versions of this film. Director Zack Snyder has used nearly every film stock in the book here and they all appear decent. The 2.35:1 AVC HD transfer looks good and for the most part, the colors are very bright (you’ll get to see every bit of blood and gore on the zomibie’s faces), but the dark scenes tend to retain that sharpness that doesn’t give way to artifacting. The ending credits are shot on a DV camcorder that really give a genuine look and feel to the movie. There are still a few things that aren’t perfect, but this is far and away the best the film has ever looked.

Both versions of the film now sport a DTS HD Master Audio mix. There are plenty of opportunities for guns, explosions, tires squeeling, etc. The dialogue is very clean, free of any distortion and while the surrounds take charge during some of the key scenes, the soundtrack is mainly limited to the front stage. There were a few instances, mainly at the end of the movie, where the surrounds broadcast the “crowd” effect of the zombies and I was fairly impressed. It’s a bump up in audio qualilty from the previously-released Dolby TrueHD track found on the HD DVD and makes for a great experience.

Disc Two – Unrated Version
This disc features the previously-released featurettes that were seen on other DVD and Blu-ray releases. This is also the extended Director’s Cut which adds 9 minutes back into the film. For a detailed overview of what’s been added, check here.

I’m more of a fan of this 2004 remake than I am of the 1979 original. Then again, looking at the talent involved in this one, it does play more to me than Romero’s version. Zach Snyder has a way of showing things from a unique visual perspective and I’m a fan of James Gunn’s writing. Add to that the new supplements, new transfer and overall excellent package and I think this is an easy recommendation. 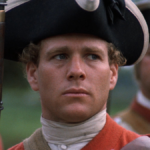 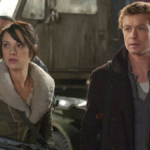