I am a fan of the stark black and white dramas of the Fifties and the Sixties. Sweet Smell of Success ranks as a personal favorite, but I have many more I could quickly list off that I have enjoyed. Warner Archive Collection has been releasing films on Blu-ray for awhile now and has been fun to follow due to their eccentric catalog of genre films. One title has come up over and over in the message boards as a request from fans. Warner has shown their ability to listen to what the people want with their release of the film Days of Wine and Roses. Directed by Blake Edwards (of Breakfast at Tiffany’s and Pink Panther fame,) the film stars Jack Lemmon and Lee Remick in two heartbreaking performances. The film is an unvarnished look at the effects of alcoholism without ever feeling judgmental. I love watching Jack Lemmon act so I sat down and watched the film last night.

In San Francisco, public relations man Joe Clay (Jack Lemmon) invites some women onto a yacht owned by a prince. He invites one woman via the telephone without meeting her in person. When Kirsten Arnesen (Lee Remick) arrives late, Joe mistakenly assumes that she is the last girl he invited to the party. He is rude to her, but she turns out to be the secretary of Mr. Traynor. Realizing his mistake, he tries to apologize to Kirsten at the office. While she shrugs him off at first, she agrees to a date with him. As they get to know each other better, he introduces her to a Brandy Alexander, despite her hesitation to try alcoholic drinks. Soon their flirtations blossom into a whirlwind romance fueled by nights drinking in the Bay Area. They marry on a whim before Joe receives the permission of her father. After the birth of their child, Joe has trouble shaking his affection for the bottle and it is not long before he is wanting Kirsten to love alcohol as much as he does. She begins to drink even when Joe is not around. The film follows the decline of their prospects as the alcohol begins to affect their professional and romantic life.

Days of Wine and Roses is a great movie. There are a lot of components that make the film work. First and foremost, the performances by both Jack Lemmon and Lee Remick are tenderly rendered and heartbreakingly real. Jack Lemmon would rarely top this performance in his long career. For myself, this performance ranks with his excellent performance in Glengarry Glenross. Lemmon has a penchant for playing chatty and nervous characters. In Joe, Lemmon finds the heart of the character and brings him to vivid life. Lemmon will make your jaw drop in one of the most insane and realistic meltdown scenes of all time. When you see it, you will know it. Lee Remick is up to the task of playing the fragile and pliable Kirsten. The performance requires a certain bravery as she goes from beautiful and sweet to tired and strung out. Few actresses would willingly play a role where they are made to sacrifice so much of their glamour. In an amazing supporting role, Charles Bickford almost steals the picture as Kirsten’s protective and deceived father. His speech in the final moments of the film is the best scene in the film, which comes as high praise.

Aside from the performances, the film has a lot to offer. Director Blake Edwards shows his ability to direct drama as easily as comedy. With the aid of cinematographer Philip H. Lathrop, the film’s black and white imagery looks as stark as it is attractive. The great score and the title song by Henry Mancini (featuring Johnny Mercer) were rightfully Oscar nominated.

The script by J.P. Miller is very well written. The script had originally aired live on an episode of Playhouse 90 in 1958. It was so well received that Hollywood came knocking just a couple years later. That speaks highly to the quality of the writing. This film is not easy. It works because it manages to show how often alcoholics stumble despite their attempts to the otherwise. The film never feels like it passes judgement on the characters even as their actions become more volatile and destructive. The film has a light touch that lends itself to a realism that is neither showy nor forced. We all know people who have struggled with these issues and this film serves as a good reminder that it is a long road to recovery and the average addict will fall off the wagon numerous times.

The new transfer provided by Warmer Archive looks gorgeous. Presented in 1080p in 1.85:1, the film looks fantastic. Owing to the excellent black and white cinematography of Philip H Lathrop, the film looks as stark as it is inviting. Fine detail is fantastic. A very fine subtle grain resides over the film. Fans are going to love how the film looks. It has aged beautifully and has been lovingly restored.

The new DTS-HD MA 2.0 track sounds great. There is no hiss. Dialogue is clear. This is a dialogue driven film primarily but the score by Henry Mancini has been given a solid boost. I really like the title song featuring Johnny Mercer also. Fans will be pleased.

Days of Wine and Roses is a fantastic drama about alcohol abuse and how it can derail professional and romantic entanglements. Jack Lemmon was rarely better than in his performance as Joe Clay. Lee Remick turns in a tender and graceful performance. Blake Edwards proves himself as adept at directing drama as comedy. The transfer of the film is beautiful and will please fans. This release comes highly recommended. 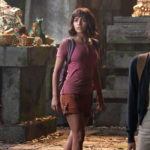 Dora and the Lost City of Gold (Blu-ray)
Next Article 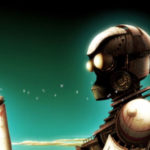