Shout! Factory is one of my very favorite film distributors. Their Scream Factory line is absolutely top-notch and has carried many of my favorite films including numerous John Carpenter films. Recently they acquired David Cronenberg’s Dead Ringers along with his early film Rabid. When this was first announced it came as a bit of a shock to me, because Criterion had the rights to the DVD version and had released both Scanners, Videodrome, and The Brood. This does mean that the commentary track off of the Criterion disk with Cronenberg’s is sadly not included. Aside from that, there is little reason for fans to not be extremely pleased with Shout Factory’s treatment of the film.

Dead Ringers is one of Cronenberg’s most unsettling dramas. The film revolves around two twin brothers, Beverly and a Elliot (both played brilliantly by Jeremy Irons) who work together as gynecologists. Beverly is the sweeter and more brilliant of the two brothers, whereas Elliot is more social and brash. Beverly does all the data gathering and surgeries whereas Elliott is the report writer and mouthpiece of the duo. The brothers share everything, including women without letting the women know the difference. When Elliot seduces an actress named Claire Niveau (Genevieve Bujold) as Beverly, Beverly decides to sleep with her the next day when Elliot gives him the go-ahead. Claire came to the doctors to find out if she was fertile, but in actuality she has three cervixes and can not bear children. As Beverly gets to know Claire, he begins to want her for himself. At the same time, Claire begins to realize that she has slept with two different people. In order to get back in Claire’s good graces Beverly begins to take pills. As both brothers spiral out of control and their career flies off the hinges, the film leads towards a horrifying climax.

Dead Ringers is not a horror film in the normal sense. It is essentially a drama with some strange elements that cause a sense of terror and dread in the audience. There are no easy scares here, but there are some ghastly things that occur. It is a hard film to recommend simply because of how hard it is to watch unfold. Cronenberg is a unique director who attracts and repels in equal measure. His attention to craft is evident in the film with a stunning performance by Jeremy Irons in the roles of both brothers. The movie manages to make you forget that the entire film is essentially trick photography, a trick that very few could pull off. Dead Ringers is not at all for the faint of heart and has Cronenberg’s trademarks of skin manipulation and strange tools, but it is an incredibly effective film. The movie will leave you with a feeling that will be hard to shake. For those that can stomach it, it comes recommended.

Using an MPEG 4 AVC codec of a new 2K restoration, the transfer is another strong effort by Shout Factory and the image looks natural and good, retaining most of the grain and rarely looking soft. Blu-ray makes the movie pop even though the film bears some of the normal visual inadequacies of that time period. The film displays occasional softness, but I believe that is more a product of the time in which it was filmed than in the handling of the transfer. Fans will be pleased, and newcomers will enjoy what they see. I am going to say that I really appreciate Shout Factory releasing both aspect ratios. Personally, after looking at both I definitely prefer the 1.78:1 aspect. I am going to award them a little bit of extra grace here due to including both.

A DTS-HD Master Audio 5.1 track that sounds good if not overwhelmingly immersive is present. Given that this film comes from the Eighties it is limited in the use of surrounds. There is nothing to dislike here too much, even if it is not going to exactly blow anybody away. I like the sound of the 5.1 track but there is some noticeable hiss throughout and it has some of the typical limitations of 5.1 iterations of 2.0 tracks. Fans should not be displeased with the transfer here.

Dead Ringers is an incredibly unsettling and interesting film. It is difficult to recommend due to the heaviness of the film’s subject matter, but it is worth seeing due to Cronenberg’s superb direction and the incredible acting by Jermey Irons. The film has some imagery that will stick with you, and some will find that to be a terrifying prospect. Shout Factory has provided two different aspect ratios of the film and a pleasing assortment of supplemental materials. Fans will be pleased by the release. This also marks an opportunity for collectors to knock out a film that is part of the Criterion and Shout Factory collections, which for somebody as obsessive as me is very hard to pass up. 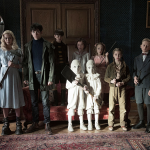 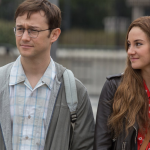