Either I’m out of touch with current pop culture, or this thing came out of nowhere. We’ll lean towards the former. I really don’t follow the “stage” so when Dear Evan Hansen came out in theaters, I had no idea what it was or what to expect. What I did know is that they promoted the hell out of it on an episode of Big Brother (which I do watch), so I figured that – right there – that might not be a good sign. After all, if you’ve got a hit on your hands, you don’t need to have a bunch of wannabe reality TV stars hawk your movie on their show and gush about how good it was. Director Stephen Chbosky has a bit of experience in this area, though, having helmed a few films in this arena. I’m talking of Wonder and The Perks of Being a Wallflower. I enjoyed the latter. It’s generally hit and miss when highly-regarded stage plays come to film, so did Dear Evan Hansen make the cut?

Evan Hansen (Ben Platt) is a depressed, socially-isolated teenager (though he looks far to old to be playing one). His mother (Julianne Moore) is taking on more work at the hospital and Evan’s therapist has assigned him to write letters to himself in an attempt to boost his mood. One of those letters falls into the hands of Connor Murphy (Colton Ryan), himself a drug-addicted and emotionally volatile teen. Connor commits suicide and is mother (Amy Adams) and stepfather (Dany Pino) fine the note on his corpse. Evan has a chance to clear the air, but doesn’t. Evan also has a crush on Connor’s sister (Kaitlyn Dever), though he still continues to lie. The more he lies, the more popular he becomes at school. Add to that, fellow student Alana (Amanda Stenberg) convinces him to help her with “The Connor Project”, a teen mental health initiative. To lighten the mood, characters break out in song, so you won’t feel bad for too long.

Ok, look, there are a lot of things in this movie that people can relate to. I haven’t been a teenager in three decades, but I have to admit that it’s got to be more difficult these days than when I was in their shoes. Still, I just couldn’t pull myself away from the fact that this movie wasn’t very good. The character of Evan Hansen doesn’t have a lot of redeeming qualities. He lies to the parents of a recently-deceased teen who committed suicide. And, naturally, the parents find out later in the film. Platt certainly had some familiarity with the role and he’s not bad in it, rather just unconvincing. Maybe I missed the message of Dear Evan Hansen, but I don’t think so. It’s not a feel good movie and no matter how many toe-tapping tunes they want to associate with suicide, it’ll never work. This one should have stayed on stage.

As we might expect with a day and date release, Dear Evan Hansen looks the part. School hallways, outdoor scenes and the interiors all manage to look great, sporting excellent detail while still holding a warmer hue (odd, considering the source material). Flesh tones are natural, color rendition is fine as well and I really couldn’t find much to nitpick. It’s typical of a major studio release, and Universal puts out some consistently good-looking titles. This is no exception.

The bright spot in this movie is the Dolby Atmos soundtrack. Not exactly what it says, per se, but rather – it sounds pretty damn amazing. The songs are carried out with full, rich detail and resonate in every corner of your viewing area. Vocals are sharp and crisp and there’s an overall ambiance that really made the film’s sound stand out. It’s a shame such a robust soundtrack was wasted on…this.

A story addressing themes of adolescent mental health is very necessary in our current time. And while there were some of the right notes hit (pardon the pun) during its runtime, I just couldn’t invest myself in this film. Universal’s technical merits are, of course, top notch but this one is only for the true fans (or see it on stage where I’m sure it’s got to be better). 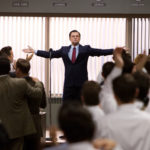 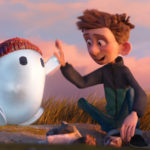