Shout Factory is one of my favorite film distributors. Their Scream Factory line is the main reason I keep coming back to them, focusing in on well-loved films by directors like DePalma and Carpenter. They have done an excellent job with the line and have released several films that I really enjoyed as a child. One of those films that I really enjoyed growing up is the dark comedy Death Becomes Her. Death Becomes Her is a good example of a film that I can not imagine being made today. Dark comedies have always been a tough sale for theatre goers, but a dark comedy that requires advanced visual effects is a tough sale for movie studios. That is one of the reasons why I like this movie so much – it does not seem like a movie that a studio would take a chance on now.

The plot revolves around two rival women, Broadway actress Madeline Ashton (Meryl Streep) and writer Helen Sharp (Goldie Hawn.) The story begins in 1978 as Madeline Ashton performs in a gaudy musical version of Sweet Bird of a Youth. Her former roommate and childhood friend Helen watches with her fiancé, Dr. Ernest Menville (Bruce Willis.) Madeline has always stolen Helen’s lovers, and despite Ernest’s insistence that he will not fall prey, he ends up marrying Madeline. Seven years later, Helen has gained weight and numerous cats as Madeline has gained a career in B-Movies. When Helen is sent to a psychiatric ward she realizes that the only way to find happiness is to take revenge upon Madeline. Seven years later, Ernest has fallen into drinking and has turned from a surgeon into a mortician. Madeline has begun to age. When she receives an invite from Helen to come to her latest book release party, Madeline relishes the idea of seeing how obese and old her “friend” will look. Much to her dismay, Helen looks far younger and more beautiful than Madeline could have expected, causing Ernest to wonder how things could have been. In Madeline’s quest to feel young again she comes upon a mysterious woman (Isabella Rossellini)with a magical elixir that can cause the reversal of aging at a hefty price. As Madeline and Helen square off against one another, Ernest is caught between them.

In my humble opinion, Death Becomes Her is great. I have seen this movie numerous times over the years and the sharp script from David Koepp and Martin Donovan retains as much wit as the day it was written. The dialogue is hilarious between all the parties. The actors are all in fantastic form. Bruce Willis is hysterical as the beleaguered Ernest and really cuts loose in the film, sinking his teeth into the role like he is rarely given the opportunity any more. Goldie Hawn is great as Helen and is particularly funny donning the fat suit early on in the film. Meryl Streep typically annoys me (I know how unpopular this is but I don’t care) but she is great in this film. In fact, this is definitely my favorite Meryl Streep performance aside from maybe Deer Hunter.

The direction by Robert Zemeckis and his effects team is fantastic, with some special effects that were revolutionary for its time (1992.) I remember watching how the effects were made on a show called Movie Magic whenI was a kid and being awestruck by what they could do. Cinematographer Dean Cundey gives the film an elevated gothic flair that makes the movie even more memorable.

At the end of the day, this is a dark comedy. It has a lot more violence than most comedies, but the violence has a slapstick feel to it that never feels too horrific. That said, the film only received mixed reviews upon release. I think if judged fairly now, this movie holds up incredibly well. I love it, and so does my wife.

Shout! Factory did a good but not amazing job on the transfer of the film using an MPEG 4 AVC codec of a new 2K restoration. The image looks natural and good, retaining most of the grain. Blu-ray makes the movie look particularly great in certain scenes, but it also has some certain scenes that look at best DVD quality. Even though the film bears some of the normal visual inadequacies of that time period, I was expecting this film to pop a little bit more on Blu-Ray than it did. The film displays occasional softness, and I believe that some of that is a product of the time in which it was filmed and some of it in the handling of the transfer. This transfer bears some similarities to their recent transfer of Raising Cain. While a substantial upgrade over the dated DVD, I wish they could have given this just a little more polish for the format.

A DTS-HD Master Audio 5.1 along with a DTS-HD Master Audio 2.0 track have been provided. Alan Silvestri’s fantastic score shines on this lossless track. Surrounds are fairly active throughout the movie and fans should be very pleased with how it sounds coming out of their system. The dialogue is crisp and clear and I did not notice much hiss. This is a great effort from Shout! Factory.

The Making of Death Becomes Her – is a newly commissioned featurette with some excellent interviews with Robert Zemeckis, David Koepp, Dean Cundey and more. Really enjoyed this.

Death Becomes Her is still a blast to watch. The film has aged remarkably well and the humor is just as satisfying as it was in 1992. Boasting great performances from Goldie Hawn, Meryl Streep, and Bruce Willis and a truly insane script, there is nothing out there quite like it. Shout! Factory have provided a good (albeit not great) transfer and the supplements are enjoyable. I highly recommend checking out this flick if you have not seen it before. 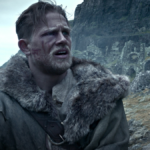 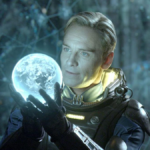