Eli Roth has never been one of my favorite directors, but he did sort of win me over with his two previous efforts: Knock Knock and Green Inferno. When I saw that he was going to be directing the Death Wish remake, I got a little excited. He certainly brings his own unique touch to films. One could argue the need for this film to be remade, but what remake really is essential? While I actually prefer some of the goofy sequels staring Charles Bronson, I do feel this one at least can stand on its own when compared to the original film. At no times does it threaten to become a great film, but it kept me with it throughout its running time. There are enough additions to make this a worthy entry whether this is a lone chapter or if there are sequels to come.

In the original films, Paul Kersey (now played by Bruce Willis) was an architect. In this version he’s a surgeon which is actually a nice touch, because he seems more inclined to tend to his wounds than in the earlier films. Here, we meet the Kersey family. His wife is played by Elizabeth Shue and his daughter, Jordan is played by Camila Morrone. This time he’s also given a brother who is played by Vincent D’Onofrio. His daughter is close to graduating from High School, and they’re planning on having dinner one night, but Paul is called into work. One of the valets from earlier picked up their address from Paul’s navigation system. With his wife and daughter being home alone, there is a home invasion. The burglars want what’s inside their safe, and tell the wife and daughter that they won’t harm them if they unlock the safe and keep quiet. There’s a bit of a scuffle and this results in Paul’s wife being killed and is daughter getting shot, but falls in a coma. Paul is patient with the detectives at first, but soon grows frustrated at their lack of progress. Before long, he decides to take matters into his own hands and goes after the men who did this. It’s kind of fun following Paul’s journey as he tracks down the people responsible. Things are mostly played straight, but there are some comedic moments to shake things up a bit. I almost feel the film could’ve used a bit more of this, but I also see why it was likely downplayed as well.

This version takes advantage of the modern world, with social media playing a big role. A video of Paul (though disguised with a hooded sweatshirt) goes viral, and we hear the media reaction. We’re left to ask ourselves if Paul was justified for taking the law into his own hands or if he’s no better than the people he’s after. I appreciate that this remake presents that element without feeling preachy or heavy-handed. It never leans too far in one direction, instead taking a neutral stance. Some have criticized Willis for sleepwalking through his role here, but I think he’s nicely understated. He plays a grieving father with a nice subtlety that might be missing from another actor. There are a few scenes with him and his psychiatrist that add to the film and I especially liked the D’Onofrio character as well. There might be some expecting more of a gore fest since Eli Roth is behind the camera, but it’s surprisingly tame in that regard. Make no mistake, this film earns its R rating, but there are just a couple of scenes that verge into heavy gore. This isn’t some game changer of a film, but I enjoyed it and it kept me entertained. It’s worthy of at least a rental.

For such a recent film, I expected nothing but great things from this transfer. My predictions were right as this sports strong visuals throughout. With Chicago as the setting, we can expect plenty of background visuals detailing the nightlife. Interior scenes are well lit and detailed. The print has a clean look that I’ve come to expect. Details such as pores and the few wrinkles Willis has appear nicely in the HD format. This transfer should satisfy viewers. The image is AVC encoded with a 2.39:1 ratio.

Equally strong is the DTS HD track which stays active throughout the track.  There’s busy city life, with vehicles in the background, background banter, plenty of gunshots and other things. Vocals have the clarity we can expect. I felt like I was right in the middle of the mayhem. This become an involving track.

If you look at the low scores from most of the critics, you might avoid this film altogether, but I feel quite pleased with it. I still prefer a couple of the goofier sequels, but this is a very well made remake that stands on its own when compared to the original film. I wouldn’t say it’s better, but I can say it’s worse either. Check it out. 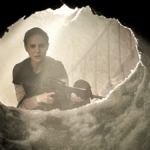 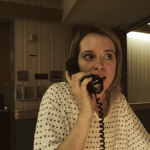