Artsploitation Films is one of the newest film distribution labels. They have only been around the last couple years. They recently have started to send me some of their releases to check out, but given some of the movies that I have been curious about, I haven’t had enough time to watch any of their films until today. I started with their film Der Bunker after seeing some positive reviews, and it is easily one of the most unique and truly bizarre films I have seen this year, and that is saying something because I have watched some crazy ass movies this year. I should mention that this film is lucky enough to be termed a “dark German comedy.” How many dark German comedies can you name off the top of your head? That should help get you ready for how peculiar this film is.

A student arrives at a small house in a bunker in the snowy woods of the middle of nowhere. He has come there to work on important scientific and mathematical work to do with some sort of particle. He has come there for the seclusion and silence. The renters of the house are a small strange family. There is the father, who fashions himself an intellectual. The mother who cooks. Then there is their son, Klaus. Klaus has a haircut like Prince Valiant, is short, and looks about forty years old despite claiming to be eight and wearing some of the strangest brightly colored clothes imaginable. Klaus could really use a tutor. Especially since his parents are convinced he is going to grow up to be president of the United States. Of course, there is always the cane for punishment if he misbehaves.

I am literally trying my best to not give away too much. The film is so much more enjoyable because of the lack of any clue as to what will happen next. After watching the film, I had the feeling that I had experienced something, but had no idea what it was that I had experienced. The film is essentially an exercise in mood, and is beautifully staged and shot. Everything about the film is incredibly intentional, but I still have no idea what the film was actually attempting.

This movie will absolutely irritate some people while others will latch on to its strange nature. Overall, I really enjoyed the movie and was never left bored – no small feat for a film in a bunker with four characters for the length of the film. It is at once confusing, eerie, beguiling, funny, gross, and absurd. If you can’t have vague entertainment in your life, there is nothing for you here. If you are looking for something you have never seen before, and I can’t imagine seeing again, then look no further. Truly bizarre.

Artsploitation Films are working hard to make sure that their video presentations do not disappoint. In this case, the presentation is essentially flawless.

The original master audio is presented in DTS-HD 5.1 surround. The movie uses silence and the score to magnify the mood of the film. The surrounds are quite effective throughout the film with good immersive effects. Everything is crystal clear and sounds great.

Cult films do not come much stranger than this one. I have been thinking about this movie a lot in the twenty four hours since I have watched it, and can’t seem to shake the strange power to captivate that this strangely funny film holds. It is absolutely as bizarre a film as I have seen in a long time.

I honestly struggled on what to rate this film. I would probably rate it higher, but I also worry that many people will be turned off by the film as well, and would rather they read my review before they run out and buy it.  At the end of the day, if you are looking for something COMPLETELY removed from the mainstream, and you don’t mind somewhat vague surrealist filmmaking, this movie is going to be one that you will be talking about for a long time. I honestly believe that this is destined for cult status. 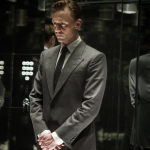 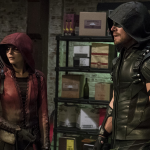