It’s an odd thing to watch animals in action. In so many respects they’re exactly like us and in others – totally different. I have the opportunity to do my job from home and, as such, have a front row seat to seeing the animals in my back yard in action. Now you’d think it wouldn’t be that entertaining, but I have to tell you that I’ve been more captivated with some of the things squirrels do than sitting through some of the movies I review. I might count myself fortunate in that where I live, we’ve got a pretty wide array of animals. The squirrels and birds frolic on the deck during the day, raccoons raid the bird feeders at night.  There’s a few foxes that prance around (foxes always look like they’ve got somewhere to be), deer that snack on our leaves and rabbits that, well, try to escape the foxes.  Yes, my back yard is an arena of semi-domesticated animals.  However we don’t have anything too exotic like what’s featured in some of the DisneyNature films. This time around they’ve brought us the wonderful world of Monkeys. This isn’t virgin territory for the series as the wonderful Chimpanzee tackled our not so distant relatives a few years ago. Pack your bags, we’re going to Sri Lanka.

As all of the DisneyNature films tend to do, we get a look at a particular family with cute little names and eerily human traits (anthropomorphic if you want to learn a new word). Narrated by Tina Fey, she’s the only voice we hear as we meet Maya. Maya is an adult female with no mating partner and no offspring to speak of and her position in the caste system dictates she stay on the ground – constantly.  Raja, the alpha male, picks on her as do a trio of siblings dubbed “The Sisters”. Desperate for affection, Maya grooms Raja but to no avail. Eventually she’s impregnanted by Kumar, a roving male and we’re thus introduced to Kip (the adorable little monkey on the cover). Now a mother, we follow her and Kip as her social status grows and she learns what life is all about.

Presented in a 1.78:1 AVC HD image, Monkey Kingdom looks stunning in every aspect.  From the close up shots of the monkeys, to the dense jungle of Sri Lanka, this is one of the more brilliant live action efforts I’ve seen in a quite some time. The detail is absolutely breathtaking as we can see the folds of skin in the monkey’s faces and bodies. Contrast is solid, I noticed no issues with banding or grain on the print. One thing these films are is visually-appealing and, simply put, this is an amazing-looking transfer that’s sure to please.

The majority of the audio is relegated to some surround sounds as well as ambient sounds in the jungle. The, pardon the pun, lion’s share of the audio comes from Tina Fey’s careful narration as she guides us through the year in the life. There’s a bit of a score in some scenes as well. This isn’t one disc that will shake the room, but then again it’s not supposed to. This DTS HD Master Audio mix does deliver and it’s proof that sometimes less is more.

These DisneyNature films are well-made, provide top notch talent for the narration and showcase some of the most interesting (and cute) animals on the planet. To top it off, part of the proceeds actually go to help make things better for animals around the world. While I still preferred last year’s Bears, this one has its moments. Stunning photography and a solid soundtrack make for an easy recommendation. 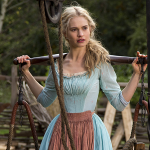 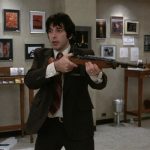