Twilight Time has had a pretty great month of releases. Typically, with their releases each month, they try to highlight some prevailing theme or feeling. Over the last month all of the four releases that came out had elements of crime in them. They released Samuel Fuller’s Underworld, U.S.A., The New Centurions, The Seven-Ups, and Roy Ward Baker’s strange thriller Don’t Bother to Knock. Given my love of crime films, I was eager to dig into Don’t Bother to Knock.

In a New York hotel named The McKinley, airplane pilot Jed (Richard Widmark) reads a note from his girlfriend ending their relationship. He heads down to the lounge to confront his lounge singer girlfriend Lyn (Anne Bancroft) and she stands her ground. She gets the microphone and sings for the lounge. Her music is piped through to radios installed in all the rooms. Meanwhile, a bellhop named Eddie (Elisha Cook Jr.) overhears a couple’s need for a babysitter for their young daughter. He offers the services of his niece Nell (Marilyn Monroe.) He fails to mention her psychiatric problems since her husband was killed in the war. While the parents dine downstairs, Nell puts their daughter Bunny to sleep. She then puts on the mother’s clothes, perfume, and jewelry. From across the way, Jed sees Nell through the window and phones the room to see if she wants a drink. She accepts the offer and he comes into her room unaware of any of her backstory. When Bunny wakes up, Nell begins to get upset with the young girl. This anger begins to reveal some of her psychological cracks.

Don’t Bother to Knock is a strange flick. It is comedic at times and turns pretty dark around the halfway point. It was hard to tell exactly what it was going for, but the final product never failed to be interesting. I could not figure out how to group it into a genre. I think you could pretty safely call it a noir, but it is not traditional in any sense. This had to be one of the earliest “demented babysitter” films in existence; a fine tradition that continues today and is as American as apple pie.

Marilyn Monroe turns in a good performance as the mixed up and mentally distraught Nell. This was her first dramatic turn worth mentioning. It was the first time she showed her range. Marilyn is interesting to watch on the screen. I am personally never able to remove the actress from the performance when I see her. I feel like “that is Marilyn Monroe playing a crazy person” instead of thinking “that’s a crazy person.” I think her iconic status gets in the way of my ability to truly judge her performance in the film accurately. Regardless, it is a pleasure to watch her in the film.

Richard Widmark is an excellent actor. Best known for his role as Tommy Udo in Kiss of Death, he brings great screen presence to any role he takes on. One thing that I liked about this film is that his character is a creep. Any guy who stares at you through your window at a hotel and then phones you to see if you want to have a drink of rye whiskey within minutes of being dismissed by his girlfriend is a next level creep in my eyes. Maybe times have changed, but I found myself laughing at how unsympathetic I felt towards him. I really enjoyed getting to see Widmark act in the film.

This film also has some great character actors. Jim Backus who would later play Thurston Howell III on Gilligan’s Island plays Bunny’s father. More importantly, Elisha Cook, Jr. plays the bellhop Eddie Forbes. I have loved looking at Elisha Cook Jr. onscreen ever since I saw him in House on Haunted Hill when I was a kid. He has a very emotive and downtrodden looking face that one doesn’t easily forget. I am always glad when he shows up in a small role.

The direction by Roy Ward Baker, who would later direct A Night To Remember, is solid. He gets good performances out of all involved including the child actor in the film. The film also has a good look to it from the cinematography by Lucien Ballard who would work on such films as The Wild Bunch and The Killing. This is more in line with his work he provided in The Killing (one of my absolute favorite noir films of all time,) but with a notably more claustrophobic edge since the whole film takes place in one hotel. Given those constraints, I thought he did a good job.

Overall, this is a strange film. While I don’t consider the film necessary viewing, it is unlike anything else that I can recall from that era. For people looking for a short film that has its own unique sensibilities, you can do much worse than watching Marilyn Monroe, Anne Bancroft, and Richard Wydmark on screen. Worth checking out.

20th Century Fox have provided a great-looking new transfer in 1080p with an MPEG-4 AVC encoding and 1.37:1 aspect ratio. Fox has been pretty reliable in the last few years, and this transfer looks very good. The cinematography by Lucien Ballard is good, but the claustrophobic surroundings of the hotel will not lend to any beautiful outdoor vistas. The film does an excellent job of keeping the foreground crystal clear. Fine detail is excellent. Black and white films benefit heavily from HD transfers, and this is no exception. Great stuff.

Twilight Time have provided a DTS-HD MA 1.0 track. It has excellent fidelity to the original elements. This film uses sound in clever ways, especially the lounge singer songs that filter through the radio in all the rooms. There is nothing too crazy here, but the transfer provides good clarity. I didn’t detect any noticeable hiss or hiccups in the audio.

Don’t Bother to Knock is a fairly minor film, but it is entertaining and just strange enough to recommend checking out. I think one of the biggest hurdles for this film and one of its biggest benefits is the incredibly uneven tone of the film. It is comedic and then shifts into a strange thriller revolving around a psychological disorder caused by trauma. While the film is by no means perfect, it was short and entertaining. With the great cast, it is a fun way to spend a night. Twilight Time have provided excellent visual and audio transfers along with a couple good episodes of the show Biography which aired originally on A&E. Recommended. 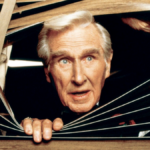 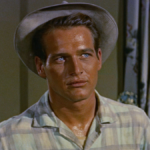