Curtis Taylor, Jr. (Jamie Foxx) works as a used car salesman, but when he is off the lot, he fancies himself a talent manager. He has found himself quite a talented bunch too, an all female music group known as The Dreamettes. He manages to get the soulful Dreamettes the job of backup vocals for the well known James “Thunder” Early (Eddie Murphy). This proves to be the break the women needed and soon, they’re called The Dreams and headed for musical stardom. The group’s lead singer is Effie (Jennifer Hudson), a very talented vocalist who also happens to be strong willed. Curtis thinks more about business than music, so he wants to replace Effie with Deena (Beyonce Knowles), who is more popular with white listeners. The move makes sense to him, but it sets into motion a new path for the group as a whole. But will Effie being relegated to backup vocals just make The Dreams stronger, or send them on the road to collapse?

One of the most talked about movies of late 2006, Dreamgirls was a hit with audiences and critics, a big event movie that seemed to be pleasing all audiences. Then Dreamgirls would storm into the Oscars and take home two statues, including Best Supporting Actress for Jennifer Hudson. I haven’t been much of a fan of this new wave of movie musicals sparked by Moulin Rouge, so I tried to hold my expectations down here. As it turns out, Dreamgirls is a good movie, with good performances, good music, and a good story, but to me, it just didn’t connect. I have little interest in musicals, so despite Dreamgirls being well-made, I never got too into it and the over two hour duration was too much. I was also taken out of the movie by some very obvious lip synching, which shouldn’t have made it out past the editors. Jennifer Hudson is good, not Oscar good in my opinion, but good and her stacked deck of co-stars is more than up to task also.

Dreamgirls hasn’t undergone a new restoration, but let’s not forget that this movie is now over a decade old and, well, you can’t argue with technology. The previously-released MPEG-2 codec has been replaced by a more modern MPEG-4 (the standard) one. This movie has vivid colors and bright visuals, so it is an ideal candidate for the Blu-ray magic. As it turns out, the visuals do indeed shine here, with some real eye pleasing scenes that make you take notice. The image is crisp and sharp throughout, with excellent detail, especially in the close-ups, but even distant shots show some visible subtleties. But the visuals really come to life through the colors, rich and vibrant hues that pop right off the screen, with no signs of errors. The colors are supported by stark and consistent black levels, which only further serves to make the hues stand out. This movie has a fun and colorful visual design, one which is well presented here and is so much fun to watch with so much detail and depth.

Paramount has given this a new DTS X mix that was a surprise to me, but a joy to listen to. With musicals, the emphasis is obviously on the vocals and they do sound pretty darn good here. Hudson’s vocals resonate across the soundstage. The music sounds good and dialogue is clean, so as far as the basics, they’re covered. As fans know, DTS X is a parallel to Dolby’s Atmos but the real winner here is the consumer, who gets one hell of a track. This one is crisp, clear and clean and is sure to appease fans.

If you’re looking for supplements, the previously-released “Showstopper” edition is most likely for you. All you get here are some auditions and a screen test of Jennifer Hudson. This does feature the Director’s Cut of the film, running 10 minutes longer than the theatrical version. All of the standard definition features have been “upgraded” to 1080p.

It’s been a decade since we were first treated to Jennifer Hudson’s Oscar-winning performance (I personally felt that Abagail Breslin should have won for Little Miss Sunshine, but that’s just me). We don’t get the legacy supplements, but we do get a new director’s cut of the film with a new DTS X soundtrack. It’s a tradeoff of sorts, but a good one. 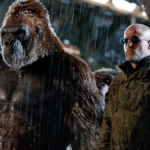 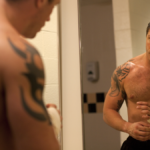