What Bruce Paltrow saw in the screenplay for Duets that enticed him to want to direct it is beyond me. In an interview clip on this disc, the late director speaks of how the film took several years to get made. Paltrow was diagnosed with throat cancer before filming had begun, but knew that if he postponed shooting that the film would probably never have gotten made. I love seeing someone passionate about a project, but the final result is quite the stinker. The talent is there and the music is nice, but really, how interesting can a film about karaoke really be? I am even asking myself this, although I knew good and well before requesting this film for review. It was likely that I was so familiar with the song Cruisin, a cover of the Smokey Robinson song that was sung by Gwyneth Paltrow and Huey Lewis that dominated the radio in the early 2000’s. I actually quite enjoy the song, so figured I’d give the film a shot. It features six strangers who eventually all show up at the same karaoke competition in hopes of winning the $5,000 grand prize. The problem isn’t so much with this sort of plot, but the characters aren’t the least bit interesting.

Of the many characters we meet, Todd Woods (Paul Giamatti) is one of them. His family hardly notices him anymore, so he decides to take off one day. He meets a girl at a karaoke bar who gives him some beta blockers to relax him. He gets up on stage and sings, and has a newfound passion. Surprisingly, he had never heard of karaoke until this moment. He later picks up a hitchhiker named Reggie (Andre Braugher) who is a fugitive, but seems rather nice and calm. The two eventually start singing together. Then there’s Liv (Gwyneth Paltrow) who meets her estranged father Ricky (Huey Lewis) when he’s in town for a funeral. He doesn’t want a relationship with his daughter, but she is reluctant and tags along. The two eventually start singing together as well. Lastly, there’s a cab driver named Billy (Scott Speedman) who meets Suzi Loomis (Maria Bello), who is a broke drifter. Billy eventually agrees to drive her to California and the two grow closer as the film progresses.

I enjoy films with multiple characters, especially stories where they all wind up at the same location, but Duets really doesn’t have all that much to say. It has some real nice moments, but they’re undercut by the bigger picture, which just isn’t that compelling. None of the performances wowed me the way I thought they would. At least the music is halfway decent. I mentioned enjoying the song Cruisin, but I can listen to that on its own without having to sit through the film.

The AVC encoded 1.85:1 transfer works well enough that I mainly focused on the film without finding too many faults. There are some nice background shots as the multiple characters travel their way across the country. It’s a pretty basic film in terms of visuals, but they’re at least presented here in a positive manner.

I must admit that the 5.1 DTS HD track leaves a lot to be desired. I had to resort to using subtitles since the vocals were really hard to make out. Even turned to a higher volume, I had a very hard time getting all of the dialogue. The musical numbers do fare much better, but I wish the vocals came through stronger.

Duets is mostly a dud, but does have a few worthy moments. Unfortunately they’re few and far between, and the film feels very by-the-numbers. For fans, this disc is pretty much a basic upgrade over the DVD. The audio leaves a lot to be desired. I’d say skip the film, but for fans, it should please them if you can get it at a fair price. 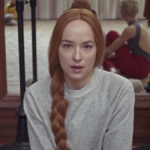 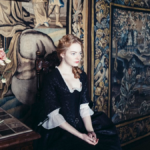