Not being much of a science fiction fan, I was close to passing on Expired (also known as Loveland before a title change), however the premise was intriguing. In short, what we have is a hitman who falls for a prostitute then begins having health issues and seeks the help of a doctor. Obviously, there’s more to it (which I will dive into), but that basic gist of the story did intrigue me enough to check it out. The look of the film, filled with neon lights in a town with large digital displays all around will draw comparisons to Blade Runner, among other films. Sadly, the film misses the mark with an uninteresting lead and too much thrown at the audience. It’s ultimately a noble effort, but one that won’t likely be remembered after the closing credits.

Our lead is Jack (Ryan Kwanten) and he is a mercenary who appears tired and beaten down. Clearly something is getting to him. When entering a club one night he sees a dancer who catches his eye. Her name is April, and she is played by Jillian Nguyen. The two become closer, but before long, Jack notices that his body is deteriorating. Enter: Dr. Bergman (Hugo Weaving) who Jack seeks out to help discover just what is going on with him. Right away we have enough story for one movie but Expired doesn’t stop there. It keeps throwing things at us.

One issue I had is the lead character just isn’t that interesting. Kwanten doesn’t do much to engage the viewer, and the film seemed rather dull and boring to me after a while. This is despite the solid premise. This is what happens when a filmmaker can become a bit too ambitious for their own good. The visuals were nice but can become bothersome after a while. While not a total loss, there just isn’t enough here for me to suggest devoting your time to it.

With a 2.40:1 transfer, this is the usual scope I’d expect from a film of this sort. Thankfully the visuals are solid and the print is nice and clean. I didn’t particularly love the film, but the look can be appealing. At least for a while. There are a lot of neon lights featured here and they’re presented accurately. Details seemed fine to me for an all-around good-looking image.

The DTS HD will get my usual remarks about the clear vocals and crispness. The channels stayed busy and helped us remain engaged, at least from a listening standpoint. The busy city noise made me feel like I was right there. This serves the film well.

Expired can’t quite shake off the feeling of being too familiar. It is somehow unique in a lot of ways, but it wears its influences on its sleeve. I liked the central premise, but too much is thrown at us and I just couldn’t find myself caring terribly about what was happening on screen. Skip it. 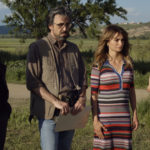 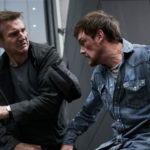