While I thoroughly enjoyed the original Scary Movie, I felt the rest of the satires from Marlon Wayans and co. have been mediocre at best. Fifty Shades of Grey is certainly an easy target for satirizing, but sadly, the movie never reaches any comedic heights. While there are moments of wit, and genuine laughs, it mostly falls flat. I still think it’s a small step in the right direction if Marlon Wayans wishes to continue with these sorts of films. That’s faint praise to be sure, but with a sharper screenplay, there might’ve been a comedy classic here. As it stands, even a rental seems like a bit too more than this film deserves. While we get a gag spoofing Whiplash, this film mostly sticks to the source and is essentially a comedic remake of Grey.

Hannah Steale (Kali Hawk) takes over Dakota Johnson’s duties as our lead. She’s something of a simpleton who’s interviewing the wealthy Christian Black (Marlon Wayans). Ultimately, the two become attracted to each other and we learn about his kinky addictions, among other things. If you’ve seen Grey then you’ll have an idea of where the “Plot” is headed. The big difference here is that it takes those scenes and puts a comedic spin on them. Sadly, very little of it sticks. I think the biggest problem with this film (and a lot of the recent satires for that matter) is that it never reaches far enough. It’s as if the screenwriters simply said they wanted to spoof Fifty Shades of Grey and ended their thought process there. Wayans does his usual shtick here which involves him yelling like an idiot more often than not. Some of the gags are amusing such as Hannah’s male friend who says things under his breath then turns it around on her. But mostly, this is a lazy and tired film that never reaches its potential. I can forgive a weak plot if the laughs are there, but sadly there are very few of them. Chalk this up as another disappointment. Maybe Wayans will get back on track one of these days, but he’s yet to redeem himself after a series of duds.

The film might stink, but at least the transfer satisfies. Colors are nice and accurate and the print used shows little flaws. The background shots of the big city are nice as well and show strong detail. Black levels were also strong throughout. Fans will be pleased. The image is AVC encoded with a 2.40:1 ratio.

With the DTS HD track most should have an idea what to expect. It gets the job done, but is nothing remarkable. Then again, I wasn’t expecting that with a film of this sort. Vocals were fine, but there’s not much that kicks this track up. There are times when this track becomes more active, but mostly it’s dialogue driven and it does a serviceable job with that

While it’s a shade (no pun intended) better than previous outings from Wayans, it still stinks. Only a handful of gags work here. With a sharper screenplay, we might have something here. As it stands, it’s another lazy run-of-the-mill satire that goes for cheap, easy gags. Skip it. 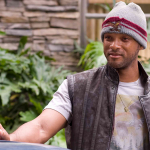 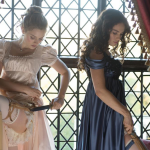